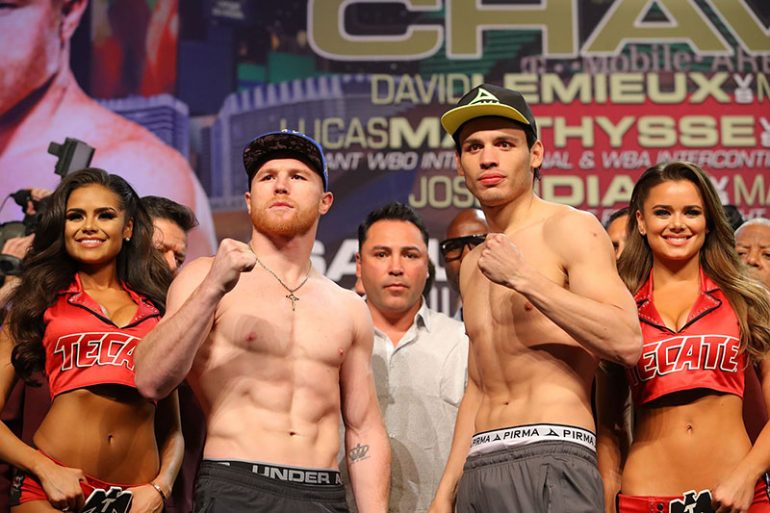 Canelo proved that Chavez’s natural size advantage was meaningless, as the much quicker, much better fighter picked apart his countryman from beginning to end. Canelo landed hard shots to both the head and body almost at will, which allowed him to win every round on all three cards. All three judges scored it 120-108, as did I.

The only times Chavez was able to score was when Canelo let him, when Canelo rested with his back against the ropes. And even then Chavez did almost no damage.

The only positive for Chavez (50-3-1, 32 knockouts) is that he was able to reach the final bell on his feet, demonstrating again that he is strong and tough even if he isn’t very talented. His ability to survive also might be attributed in part to Chavez’s size.