Canelo vs. Chavez: A fun, but one-sided matchup 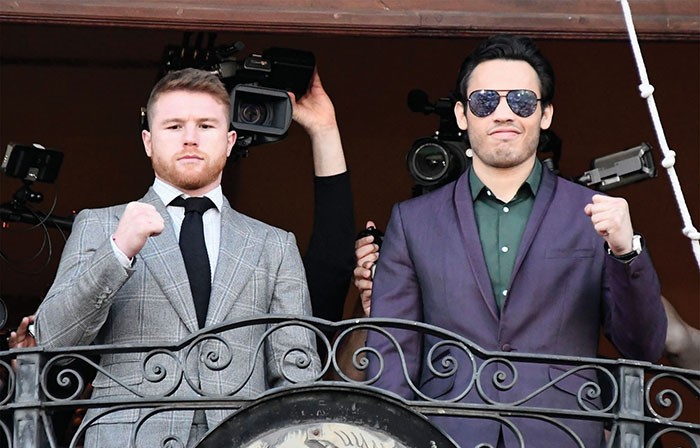 LAS VEGAS – My motto when I predict the winner of a fight: Trust your gut, don’t overthink it.

Sometimes I’m way off. A recent example: I thought Andre Ward would dominate Sergey Kovalev in their first fight. Oops. Sometimes I fall short because a fight is essentially a toss-up, one in which a slight edge here or there could determine the winner. I picked the wrong guy in both Leo Santa Cruz-Carl Frampton fights.

My immediate reaction when I heard that Canelo Alvarez would fight Julio Cesar Chavez Jr. on May 6 was, “Interesting. I thought that possibility had died years ago.” My second reaction, my gut reaction: “This is a mismatch.”

I can build a case for Chavez, focusing primarily on his size and presumed strength advantage over Canelo. Junior and Canelo both weighed in at 164 pounds on Friday but could enter the ring on Saturday at vastly different weights, Chavez as heavy as 190 pounds and Canelo no more than 180 because of their makeups.

Will Canelo be able to hurt a de facto cruiserweight as he has junior middleweights? Will he be able to take punches – particularly to the body – from such a big, strong man? And Canelo has never weighed in at more than 155 for any fight. How will the added weight affect him? Will he be sluggish? Will he lose some quickness?

I could also raise questions about the weight Chavez had to lose to make 164.5. Will he have sapped too much of his strength getting below the limit? After all, Junior, not known for a strong work ethic, hasn’t been this light since he weighed 158 for the Sergio Martinez fight in 2012.

These are all legitimate questions. I get it. The problem is that you can get lost in them and lose perspective of what really counts: Canelo is the much, much better fighter, which supersedes any size difference.

Chavez (50-2-1, 32 KOs) is solid all-around boxer, better than most of us thought he would become. Canelo (48-1-1, 34 KOs) is an elite fighter, one ranked on everyone’s pound-for-pound lists. The difference in ability is about as stark as it gets for such a high-profile fight.

Our astute analyst Tom Gray broke down the fight into 20 key categories. He gave Canelo an edge in 12 of them and gave Chavez an advantage in three, with five categories even. And Tom might’ve been generous to the underdog, whose only advantages – slight advantages – might be body-punching and infighting.

Paulie Malignaggi, the fighter-turned-TV-analyst, summed it up well: “I think Chavez is taking it seriously from everything I hear. I think he’ll be ready. I just don’t think he’s good enough,” he told BoxingScene.com.

That doesn’t mean the fight isn’t worth watching; it is. The two biggest boxing stars in Mexico will be doing battle, which has captured the rapt attention of their countrymen. Mexican journalists have told me that even those back home who normally have no interest in boxing are fascinated by this event, which is taking place on the holiday weekend of Cinco de Mayo.

The energy of the estimated 4,000-5,000 raucous, Mexican flag-waving fans who attended the weigh-in on Friday afternoon at the MGM Grand Garden Arena was evidence that they have bought into the fight wholeheartedly.

Indeed, Canelo vs. Chavez has become a significant cultural event in the sport’s strongest market.

And the fight should be entertaining as long as it lasts. One thing you have to give Chavez: He’s not afraid to mix it up. He’ll press his size advantage by taking the fight to Canelo, which should make for some exciting moments.

All this is good fun. Just don’t expect a competitive fight.