Ivan Redkach to face Argenis Mendez on May 2 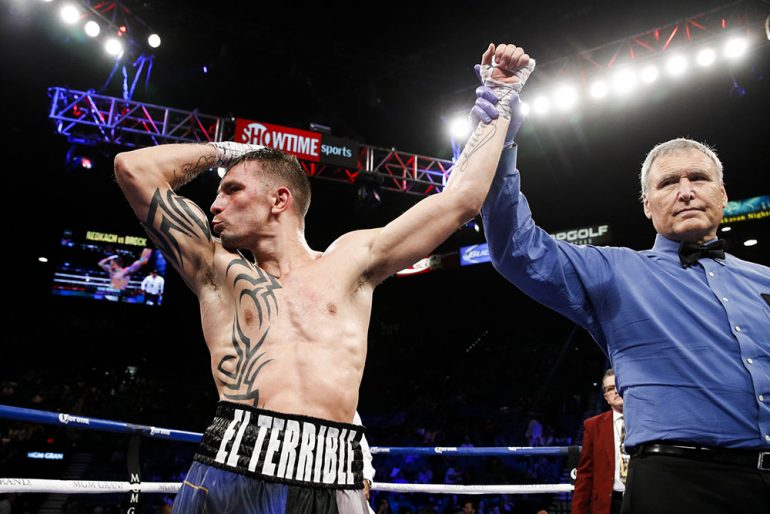 The 10-round bout will take place at the Sportsmen’s Lodge in Studio City, California.

Redkach (20-2-1, 16 knockouts) was victorious in his most recent bout on Jan. 28, stopping Demond Brock in round eight in Las Vegas. In his previous fight on July 30, Redkach looked flat in losing a wide unanimous decision to junior lightweight contender Tevin Farmer in Brooklyn, New York.

Originally from Ukraine and now residing in the Los Angeles area, Redkach hopes a win over Mendez will put him in line for a big fight later this year.

“I’m very thankful for this opportunity to fight Argenis Mendez,” said Redkach, who is ranked No. 3 by the WBA. “He is a solid fighter and, on May 2, we’ll both be ready to put on a show. I know that this victory will lead to even bigger fights.”

The 30-year-old Mendez did score a win over Miguel Vazquez in October of 2015.

“As a former world champion, I know that these are the kind of fights that I have to win to stay in contention for another championship,” said Mendez, who is originally from the Dominican Republic and currently lives in Brooklyn.

Leo Santa Cruz is the promoter of the card. His company Last Round Promotions has promoted a few club shows in Southern California and May 2 will mark the first time one of his cards will be televised.

“I’m so excited about promoting this show,” said Santa Cruz in a release. “I love great boxing and great fans and everyone knows (Los Angeles) has some of the best (of each).”

“Ivan Redkach and Argenis Mendez are always up for a fight. Mendez wants to get back in the championship ranks and Redkach wants to get to that same level. That makes for a good match. It’s also exciting for me to be able to work on a promotion with my family, the fighters from our gym and to be able to help my cousin Antonio launch his career.”