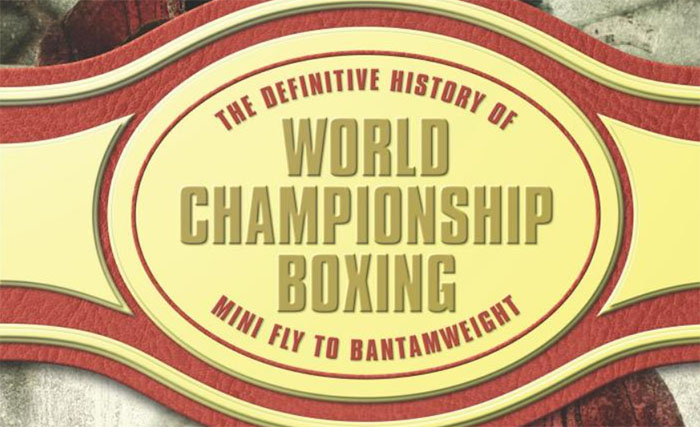 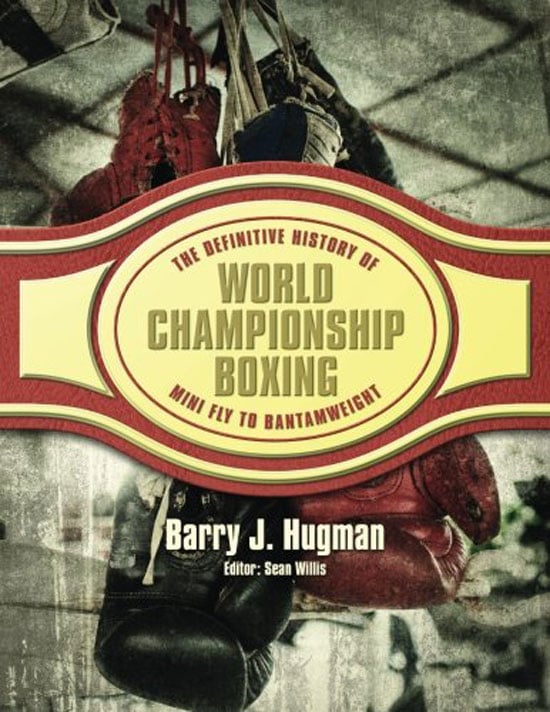 The word “magnificent” really doesn’t do justice in trying to describe boxing historian Barry Hugman’s epic four-volume series titled “The Definitive History of World Championship Boxing.” This monumental work – 30 years in the making – traces the trajectory of the world’s most colorful and toughest sport by documenting and describing every world championship contest from 1870 to 2016. The result is the most comprehensive and detailed history of world championship boxing ever written.

Each of the four volumes is devoted to specific weight classes: Vol. I – mini flyweight to bantamweight; Vol. 2 – junior featherweight to lightweight; Vol. 3 – junior welterweight to middleweight; Vol. 4 – super middleweight to heavyweight. This massive compendium (each volume is about 500 pages) delivers much more than a simple listing of names, dates, venues and results. Yet despite the enormous amount of information contained, it is designed and written in an attractive and readable style.

The author begins by explaining how each weight class evolved. He then lists, in chronological order, every title fight within that weight class. But that is just the beginning. He also includes a brief summary of the fight, enabling the reader to understand what actually happened. To be able to read in one volume an accurate summary of so many title fights is a tremendous gift to curious fight fans, journalists and historians.

Unless one understands boxing technique and strategy it is not easy to accurately describe the ebb and flow of a bout in one or two paragraphs, but that is what the author accomplishes for virtually every championship contest. And that’s just one reason this collection makes for such a delightful reading experience. Open to any page and you will be richly rewarded. Here is an excerpt describing the second middleweight title bout (1924) between champion Harry Greb and challenger Johnny Wilson:  “Up until the seventh round the challenger looked a sure winner, having sickened Greb (159) with terrific southpaw lefts to the body while setting him up for an eventual knockout.”  If you want to know how Greb pulled out a victory it’s on page 407 of the third volume.

Here is an excerpt describing the 1904 welterweight title bout between champion Joe Walcott and challenger Sam Langford (their bout ended in a 15 round draw): “Regardless of the official result Langford clearly outpointed Walcott, dropping his rival on one knee in the third, while hammering him with lefts and rights to keep him bleeding throughout. Langford, who had the advantage of the longer reach, also cleverly avoided many of the blows coming his way by good footwork. A draw had earlier been agreed if both men were still standing at the final bell.”

We then learn that Langford issued a “winner take all” challenge to Stanley Ketchel, who had the strongest claim to the middleweight championship, and to every other middleweight title claimant but was ignored. Langford then decided to compete against heavier men.

Each volume includes an explanation of the level of legitimacy and recognition accorded to the various title claimants, especially prior to 1920 when regulations were lax and fighters sometimes anointed themselves champions after defeating a top contender. Hugman is a dogged researcher and a stickler for accuracy. He sets the record straight in many instances, correcting previous errors and misconceptions. Such a monumental task could not have been achieved alone and the author recognizes the research contribution provided by other noted historians, especially Harold Alderman MBE (the foremost expert on English championship boxing from 1870 to 1909), Tracy Callis and Luckett Davis (two of America’s top boxing historians) and John Sheppard of BoxRec.com.

These wonderful volumes represent the most important boxing document of its kind. Barry Hugman and his fabulous team of boxing historians have left an invaluable legacy.

Mike Silver is the author of “The Arc of Boxing: The Rise and Decline of the Sweet Science” and “Stars in the Ring: Jewish Champions in the Golden Age of Boxing.”