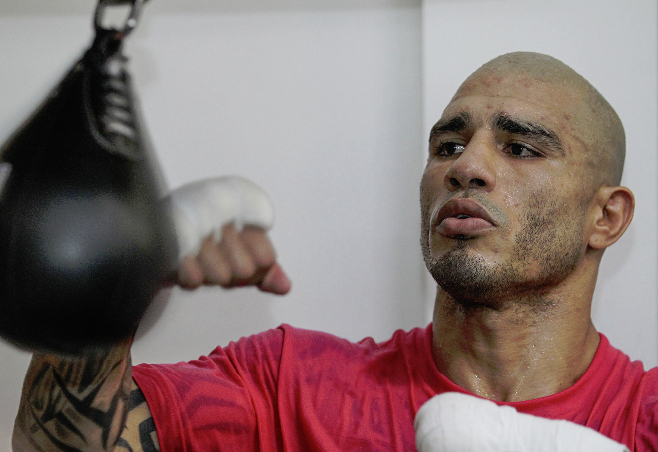 Roc Nation president Michael Yormark said his company is eying a return for four-division champion Miguel Cotto on June 24 with Japanese contender Yoshihiro Kamegai one of the leading candidates to face him.

“We’re hoping that Miguel is going to get back into the ring in June,” Yormark told RingTV.com on Monday before a press conference to formally announce a rematch between Andre Ward and Sergey Kovalev on June 17 in Las Vegas on HBO PPV. “We’re having conversations with Peter (Nelson) and HBO. We’re trying to look at a couple of fights down the road, get him back in the ring in June and then hopefully a big fight in the fall and we hope to have something resolved and announced in the next 10 days to two weeks.”

Yormark confirmed that June 24 is the target date but the bout may not take place at Barclays Center, as has been reported. Of Kamegai, a junior middleweight with a record of 27-3-2, 24 knockouts and losses to Alfonso Gomez and Robert Guerrero, Yormark said he’s “being strongly considered.” Cotto was scheduled to face James Kirkland on Feb. 25 on HBO PPV in Texas but the card was called off after Kirkland suffered an injury in training. Cotto has vowed to retire at the end of 2017. “The cancellation was disappointing with Kirkland,” Yormark said. “We need to make sure to find the right opponent for Miguel to get back in and get some of the rust off and then we’ll look toward a big fight in the fall. We haven’t specifically settled on a fighter for June 24 but we’re getting really close.”