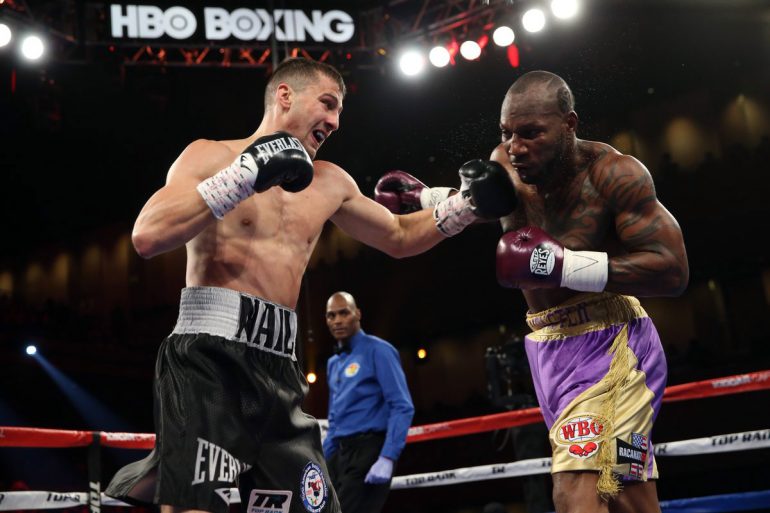 Light heavyweight contender Oleksandr Gvozdyk knocked out Yunieski Gonzalez at 2:55 of the third round in a scheduled 10-round fight on the Vasyl Lomachenko-Jason Sosa card Saturday in Oxon Hill, Maryland.

Gvozdyk (13-0, 11 knockouts) outboxed Gonzalez (18-3, 14 KOs) from the opening bell, keeping Gonzalez at the end of his punches and using his superior skills and quickness to baffle the Cuban.

And it didn’t take long for the Ukrainian to do damage.

Gvozdyk put Gonzalez down with a multi-punch combination in the third round. Gonzalez was able to stand but was badly hurt. Gvozdyk then pounded away until Gonzalez fell flat on his face and the one-sided fight was stopped.

According to CompuBox, Gvozdyk outlanded Gonzalez 116-26 in total punches.