Murata and N’Dam to clash for WBA ‘regular’ middleweight title 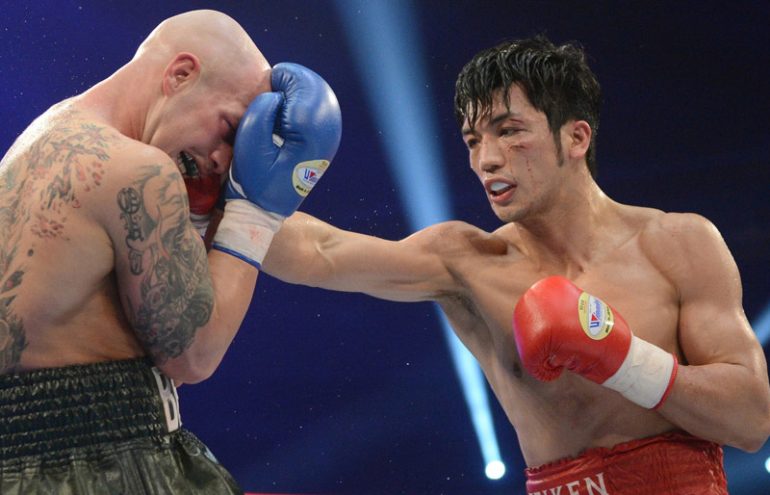 Ryota Murata, a 2012 Japanese Olympic gold medalist, is set to face Hassan N’Dam for the WBA “regular” middleweight championship on May 20 at Ariake Coliseum in Japan, promoter Teiken Gym announced on Monday.

N’Dam (35-2, 21 knockouts) is the WBA’s No. 1 ranked contender and also possesses an interim title while Murata (12-0, 9 KOs) is the No. 2 rated middleweight. They will fight for a title that Danny Jacobs once held before he lost a very competitive unanimous decision to Gennady Golovkin for the WBA/WBC/IBF world titles on March 18. N’Dam is rated No. 7 in the RING’s middleweight rankings; Murata is No. 10.

“I think I made the right decision to come to professional boxing after the Olympics,” Murata said, according to a story heralding the announcement, posted on Japantimes.com. “Because I would not have seen the things I’ve seen as a pro fighter otherwise. In a sense, I’m doing this to measure how good I am. I believe (N’Dam) is a dangerous boxer to take on. This is a chance to prove whether I’m strong or not.”

N’Dam knocked out Alfonso Blanco in the first round in December to claim the WBA’s interim title. He also represented his home country of Cameroon in the 2016 Olympics in Brazil, losing in the first round to Brazil’s Michel Borges in the light heavyweight division. Pro boxers were allowed to compete for the first time in the Olympics last summer.