Ali-Terrell 50 years on: The octopus against the shuffle 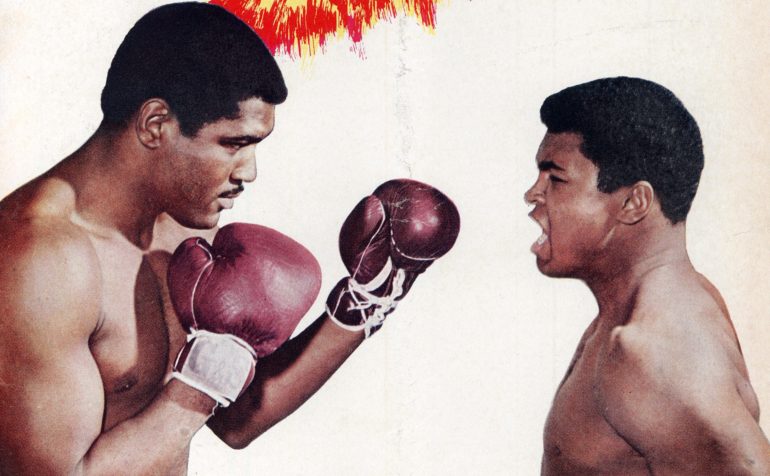 If you’re a Muhammad Ali fan, this is what you probably remember when someone mentions his fight with Ernie Terrell. The same question asked repeatedly in the ring, followed by a barrage of heavy blows. That habitual Ali twinkle replaced by a mask of fury and contempt, as he mercilessly beats on a helpless opponent.

Terrell had infuriated Ali, who he had known since their amateur days, by referring to him as Cassius Clay and, like Floyd Patterson before him, paid a heavy price for that oversight. On February 6, 1967, the Chicago-based Terrell absorbed a sustained and systematic beating for 15 rounds and dropped a landslide unanimous decision. Despite the physical torture and the perpetual questioning, he would never utter the words “Muhammad Ali” in the ring.

The fighters were originally scheduled to meet in Chicago on March 29, 1966, in a battle to establish what was being marketed as “The Undisputed Heavyweight Championship of the World.” Ali had been ludicrously stripped of the WBA portion of the crown for agreeing to a rematch with Sonny Liston and Terrell picked up the vacant belt by outpointing top contender Eddie Machen in March 1965. Politics aside, there was only one heavyweight champion and it certainly wasn’t Terrell.

When Ali became eligible to be drafted into the United States army, his subsequent statements, including the “I ain’t got no quarrel with them Viet Cong” bombshell, forced promoter Bob Arum to take the show on the road. Chicago and Terrell were out; Toronto and George Chuvalo were in. Ali would score a 15-round unanimous decision over the durable Canadian and defend his title three more times away from home. 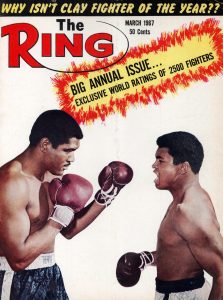 By the end of 1966, the furor surrounding Ali had cooled down enough to where he could return to action in the United States. In November, he scored a savage third-round stoppage of Cleveland Williams at the Houston Astrodome before setting his sights on a Terrell showdown at the same venue. Terrell, who had successfully defended his WBA title against Chuvalo and Doug Jones, was happy to oblige.

It got a whole lot worse. From the moment the words “Cassius Clay” left Terrell’s mouth, he was labelled an “Uncle Tom” by Ali and the Chicago-stylist bristled at that remark. There was a pushing contest at the ABC studios in New York, after which Ali slapped Terrell across face. Both men were furious by fight night and the bad blood coalesced before a crowd of approximately 37,000 fans.

In Round 1, Ali uncharacteristically exploded out of the corner and nailed Terrell with a big combination of power shots. He then backed off and used his feet. Terrell inched forward and attempted to establish a long left jab, which, for the most part, Ali evaded effortlessly. There was some variety to Terrell’s offense though; he cut off the ring, worked the body well and belabored Ali up close. Terrell was well-known for employing these suffocating tactics, which prompted ABC commentator Howard Cosell to label the bout, “The octopus against the shuffle.”

The pattern of the fight soon changed, however. And if you take Terrell at his word, he was fouled.

With 30 seconds remaining in Round 3, there is some rough inside business in Terrell’s corner, which takes place on the blind side of referee Harry Kessler. Terrell, to his death, claimed that he was thumbed and had his left eye dragged along the top rope during this exchange. Cosell didn’t see the alleged foul but does state that Terrell’s eye is “quite bloodshot” between rounds. We’ll never know but coming out of the clinch, Ali uses the lace of the glove to scratch his opponent’s neck area, a rough-house tactic he used in more than one fight. 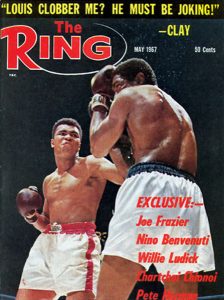 Terrell later alleged that his left eye wouldn’t turn properly after he was thumbed and from Round 4 onward, he simply marched forward in straight lines with an exaggeratedly high guard. Ali, never a body puncher, struggled to open up his opponent and frequently attempted to penetrate his defense with a right uppercut, left hook combination. Those shots hurt Terrell badly in the seventh and the champion followed up with brutal combinations. When Ali finally dropped a gear and backed off, Terrell opened his peak-a-boo guard to unveil large cuts and welts over both eyes.

Toward the end of Round 8 there is the infamous, “What’s my name?” taunt but yet another iconic moment occurs in the ninth. Ali, standing well inside punching range, is attacked by Terrell, who attempts four quick jabs and a powerful straight right. His incredible reflexes finely-tuned, Ali merely leans back and subtlety moves his head; the way a parent might to avoid wild swings from their child during a play fight. Purposefully taunting his man, Ali catches nothing more than a breeze as every shot misses by millimeters.

The fight, if it can be called that, becomes repetitive in the championship rounds. Ali tees off with one combination after another and Terrell merely covers up or flicks out an innocuous left hand. At the end of 15 rounds there was only going to be one winner. The official scorecards were 148-133, 148-137 and 148-138. The ring announcer then formally declares Muhammad Ali “the undisputed heavyweight champion of the world,” which, in truth, was what he was before the fight started.

This was really the end for Terrell. He had an 18-month layoff, during which time corrective surgery was performed on his left eye. When he returned to the ring, two consecutive decision losses to Thad Spencer and Manuel Ramos prompted his retirement. He made a comeback in December 1970 and put together a seven-fight winning streak before losing his final two bouts to Chuck Wepner and Jeff Merritt. He retired for good at the age of 34 with a record of 46-9 (21 knockouts).

For Ali, this was the penultimate fight in his first career. He would have one more successful title defense, a seventh-round knockout of tricky veteran Zora Foley, before being stripped of his boxing license for refusing induction. “The Greatest” would return to the ring in October 1970, his conviction having been overturned by the U.S Supreme Court eight months later. And, following two more title reigns, he had established himself as arguably the greatest heavyweight champion of all time.