Golovkin and Jacobs have until 5 p.m. ET to make deal 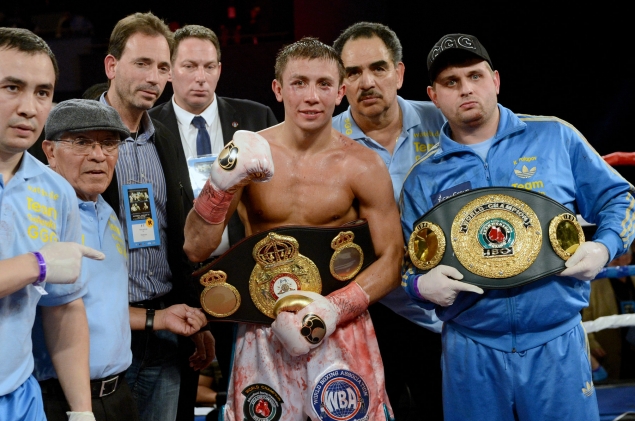 Officials for both Gennady Golovkin and mandatory challenger Danny Jacobs have until 5 p.m. ET on Wednesday to reach a deal on their middleweight championship or a purse bid will be ordered for Dec. 17 in Panama, WBA president Gilberto Mendoza told RingTV.com in an email.

Golovkin promoter Tom Loeffler didn’t immediately respond to a call for comment on Wednesday for an update on the talks and Jacobs advisor Al Haymon doesn’t speak to the media. But all indications suggest that, barring something unforeseen, a deal will not arrive by the 5 p.m. deadline and the WBA will be forced to intervene.

Loeffler had been trying to avoid a purse bid and make the intriguing fight between Brooklyn’s Jacobs, a highly-skilled cancer survivor and Golovkin, the IBF/WBA/WBC middleweight champion, for March 18 at Madison Square Garden, possibly on HBO PPV. However, if Haymon were to win the purse bid, he would almost certainly take the fight in a different direction, putting it in either Barclays Center in Brooklyn or in Las Vegas, likely at a later date.

Haymon would also certainly put the bout on either Showtime or Showtime PPV, forcing Golovkin, who is contractually bound to HBO, to either vacate his WBA title or somehow talk HBO into letting him fight on a rival network for what would be a career-high payday (he controls a 75-25 split of the purse bid).

The WBA informed both camps last Wednesday they had seven days to make a deal; the directive comes three months after the WBA formally ordered the fight to be made within 30 days following Golovkin’s fifth-round stoppage of Kell Brook on Sept. 10.