Opponent set for Katie Taylor on Dec. 10 on Joshua undercard 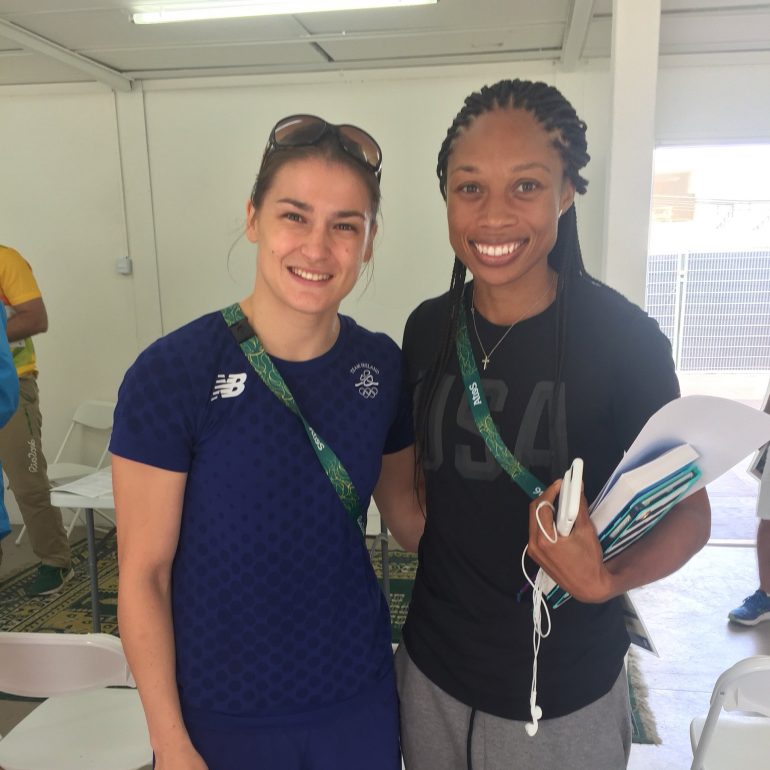 A pair of former Olympic gold medalists will be in action on Dec. 10 at Manchester Arena.

Katie Taylor is set to face Viviane Obenauf in her second pro fight on Dec. 10 on the undercard of Anthony Joshua’s second heavyweight title defense of his IBF strap against Eric Molina in Manchester Arena in Manchester, England, it was announced on Monday. Ireland’s Taylor, a lightweight, and Britain’s Joshua both struck gold at the 2012 London Games.

After stopping Karina Kopinska in the third round in her pro debut on Saturday, Taylor (1-0, 1 knockout) will be facing a better opponent in 9-1 Obenauf, who also beat Kopinska in her last bout and lost a decision to current titleholder Vissia Trovato in 2015.

“Saturday in London was an amazing experience and I can’t wait to fight in Manchester on December 10,” Taylor, 30, said in a prepared statement. “No performance is ever perfect, but I’ve been working hard with Ross (Enamait, her trainer) in the States and I think things are really coming together. Boxing in front of 21,000 is a new experience for me, and I’m looking forward to the next step of the journey and hoping to entertain the fans at the Manchester Arena and watching live on Sky Sports Box Office.”