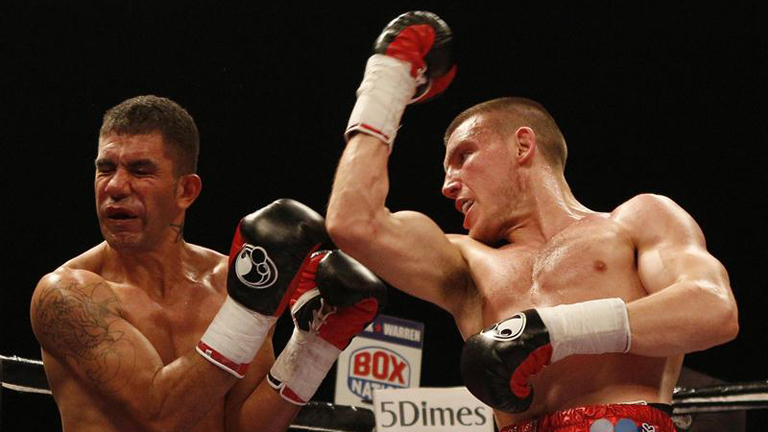 British junior middleweight champion Liam Williams had been all set to defend his title against fellow unbeaten Ahmet Patterson on Saturday. However, yesterday, news broke that Patterson had been forced to pull out of the contest after being attacked while out running last Thursday.

The Welshman is understandably downcast on hearing the news.

“Obviously I’m disappointed as I was expecting a tough fight against Ahmet and it would have been exciting for the fans while it lasted,” Williams said in a press release. “Unfortunately things like this happen in boxing and we have to just get on with it.

“I’m fully focused on securing the (vacant) WBO European title. It’s another belt to add to my collection and I’m going to put on a show for everyone who is coming out to support me. Ending 2016 on a high is important but it won’t be easy against a strong fighter in Gorbics.

“They’ve done well to bring in a decent opponent at such short notice and I’m expecting a tricky fight. He recently went the distance with rising Russian talent Radzhab Butaev but I’m confident of getting the win.”

In late September, at the annual British Writers’ Club dinner, Williams was awarded the highly prestigious “Best Young Boxer of the Year” accolade.

The 24-year old is clearly in select company, joining John Conteh, Barry McGuigan, Naseem Hamed, Joe Calzaghe and Ricky Hatton among others as winners of the award.

Williams, is managed and trained by former middleweight title challenger Gary Lockett, who posted a highly respectable 30-2 (21 knockouts) record from his 12-year career.

The affable 39-year-old clearly believes his countryman has the talent to rise to the top.

“I believe Liam Williams is the best junior middleweight in Britain,” he stated. “Liam’s a very good, all-around fighter. He probably doesn’t hit one punch as hard as I could but he’s very accurate. His judgment of distance is brilliant. He can box. He take a punch. He’s got that bit of dedication that you don’t find in many people. When he gets tired, he digs in again. He’s got everything. With that you need a little bit of luck. The more he’s winning, the more dedicated he’s getting and I think that’s very important.

Currently, Williams is ranked by the WBA (No. 12), IBF (No.11) and WBO (No. 3) and word on the grapevine is that RING middleweight champion Canelo Alvarez will soon vacate his WBO junior middleweight throne. Number one-ranked Demetrius Andrade appears to be looking at fighting Jack Culcay clearing the way for a possible world title shot.

“(Miguel) Cotto’s No. 2; Liam’s No. 3. If the fight with Cotto was offered and the money was right, (Williams)’d fight one of his heroes and he’d have to get that tattoo on his back blacked out! (Laughs) If it was offered, it’s something you’ve got to consider.

“I’d imagine it would be in America and decent money, so why not? Liam Smith’s just done a similar thing with Canelo, a fight I think he came out with good credit. You’re in this game essentially to make money and anyone who says you aren’t is telling porkies. As his manager, that’s what I’m trying to do put him in the best place for when he retires.”