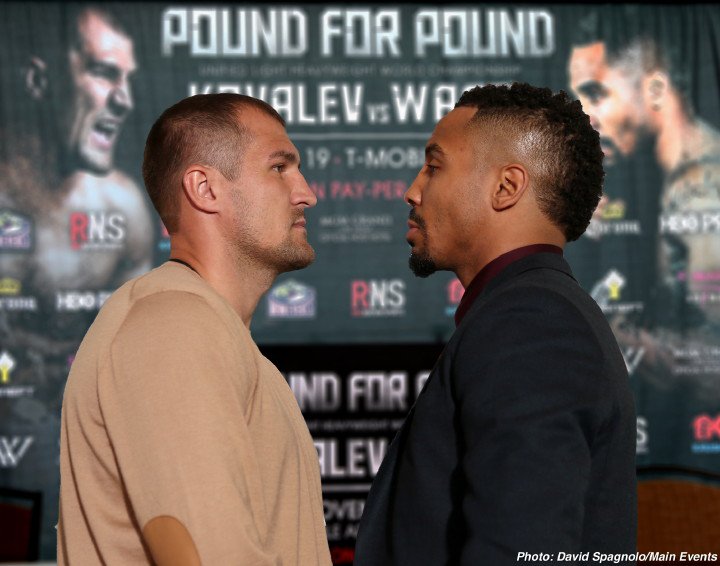 Sergey Kovalev, THE RING’s No. 1-rated light heavyweight, is a merciless punching machine who can hurt you with either hand, yet there also are genuine subtleties to the Russian’s game.

The defending IBF, WBA and WBO champion is an accurate and devastating combination puncher. Whether he sets up his second phase of attack off the jab or follows up on a concussive bomb, Kovalev rarely wastes a shot. His attacks cause serious damage.

Kovalev (30-0-1, 26 KOs) also switches from head to body with world class precision. And when an opponent is hurt, he goes through the gears effortlessly. The more his opponents retreat, the more pressure Kovalev applies. While he can box very well, his desire to smash an opponent to pieces supersedes his technical strengths. 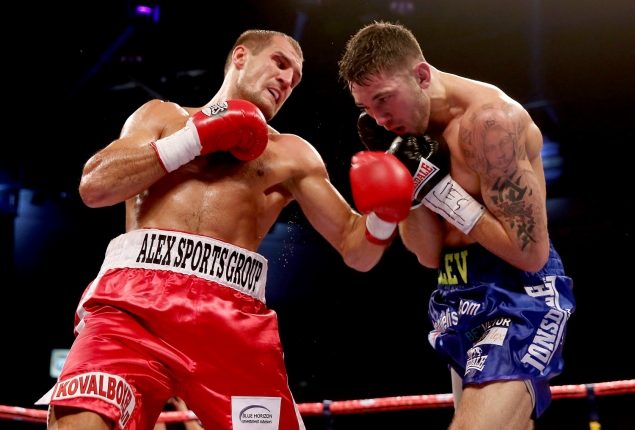 On the outside, Ward (30-0, 15 KOs) utilizes lightning-quick hand speed to score punches that are felt but rarely seen. It could be the lead hand or the back hand, and he is almost impossible to counter. The American’s foot movement is superb and his versatile assaults come from multiple angles.

Ward is also a tremendously seasoned inside fighter. He is relaxed up close, which allows him to counterpunch accurately. Ward can counter with single shots but he is also adept at punching inside his opponent’s offense. That part of his game is every bit as solid as his long-range hitting.

Defensively, Ward is almost invisible. Under attack, he moves his head, he bends at the knees and he bends at the waist, which constantly changes the height and positioning of the target. 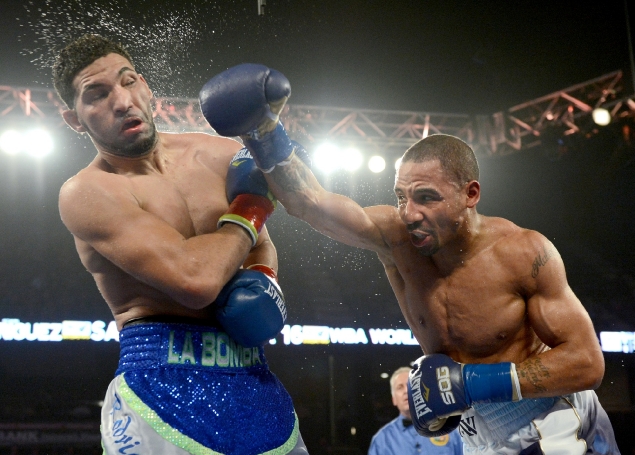 HAND SPEED (KOVALEV 4/WARD 5) – Ward has terrific hand speed and reflexes to match. Kovalev is deceptively quick for such a big-hitter.

FOOTWORK (3.5/5) – Ward is matchless in this area. He is almost flawless when it comes to positioning himself to defend or attack. This is an area of weakness for Kovalev.

POWER (LEAD HAND) (5/3.5) – Any punch Kovalev touches you with, you will feel. Ward is not a puncher but he can sting.

JAB (4.5/5) – Ward edges the stick on usage and accuracy. Both men use this shot to set up their formidable arsenals.

HOOK (5/4.5) – If it’s a power shot, then Kovalev rules. Ward leads with the hook effectively and counters well with it too.

ABILITY TO SLIP AND BLOCK (4/5) – This arguably is Ward’s greatest gift. Throwing single shots at him is a waste of time. Kovalev lacks head movement. 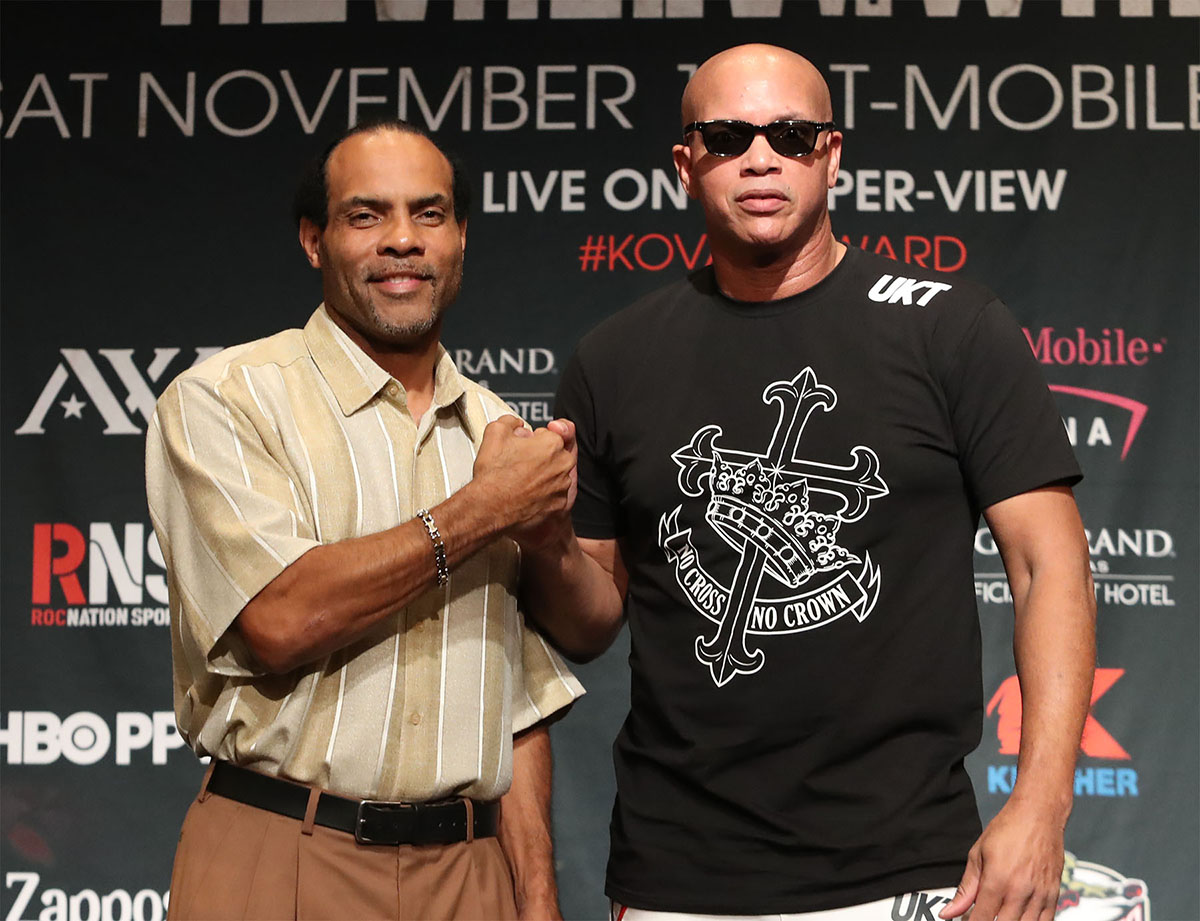 PHYSICAL CONDITION (5/5) – Both men are always in excellent fighting shape.

POISE AND ABILITY TO COPE WITH EXTERNAL PRESSURES (5/5) – Both are solid and strong-willed professionals.

KILLER INSTINCT (5/4) – Kovalev has the edge here all day and twice on Sunday. Ward is in there to outsmart an opponent.

INTELLIGENCE AND STRATEGIC DEXTERITY (4.5/5) – You lean to Ward but Kovalev can execute a game plan (see Hopkins UD12).

INFIGHTING SKILLS (4.5/5) – Kovalev can mix it but Ward arguably is the best inside fighter on the planet.

QUALITY OF OPPONENTS (4.5/5) – Ward faced the elite at 168 pounds but Kovalev has been knocking off light heavyweights.

CHIN AND RESILIENCE (5/4.5) – Both have been down but Ward is the only one who looked shaky (see knockdown by Darnell Boone).

CROSS/ UPPERCUT (5/4.5) – Ward has a terrific right cross and an effective uppercut but, again, Kovalev has the ability to rock your world with either shot.

ATHLETICISM (4.5/5) – Ward is the thoroughbred here and most of his opponents look robotic by comparison.

CORNER (5/5) – John David Jackson (Kovalev) and Virgil Hunter (Ward) are two of the most acclaimed trainers in the world. 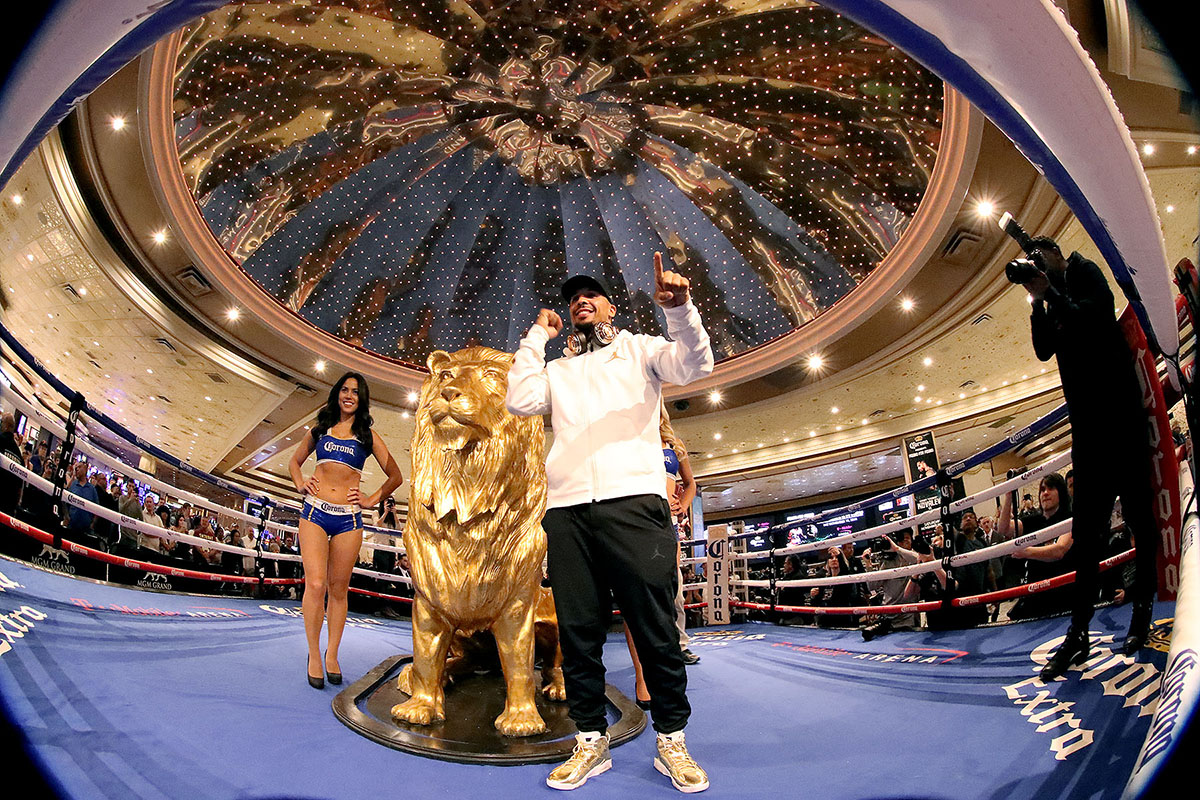 So what happens on Nov. 19? A changing of the guard.

While Kovalev is a wonderful offensive fighter, Ward’s sublime defense should thwart the majority of his attacks. Unlike a then-49-year-old Hopkins, Ward is young enough and fresh enough to return fire and earn the Russian’s respect.

Ward has clear advantages in hand and foot speed and he is, by far, the better technician. The challenger will look to control time and distance with his feet and then take the lead with rapier jabs, power shots and quick combinations. Kovalev will find the target on occasion but landing flush on the ever-elusive Ward will be a nightmare.

And when the pair fall into a clinch, a whole new fight begins.

There’s a train of thought that Kovalev, a natural light heavyweight, will be too strong for Ward but that theory is misguided. Inside fighting comes down to knowledge, not strength, and although Kovalev is no slouch in any aspect of the game, there is no way he can be tabbed as a better inside-fighter than the man he is facing.

Ward will give Kovalev different looks throughout the night. He will keep him off balance and reaching, which will make the champion more and more frustrated as the rounds go by. The more frustrated Kovalev gets, the easier he’ll be to hit and the punishment is likely to intensify from the mid-way point.

One punch from Kovalev can change everything and nobody in their right mind would be shocked to see him pull this off. My hunch, however, is that he’ll be unable to pin Ward down and will lose a wide points decision.