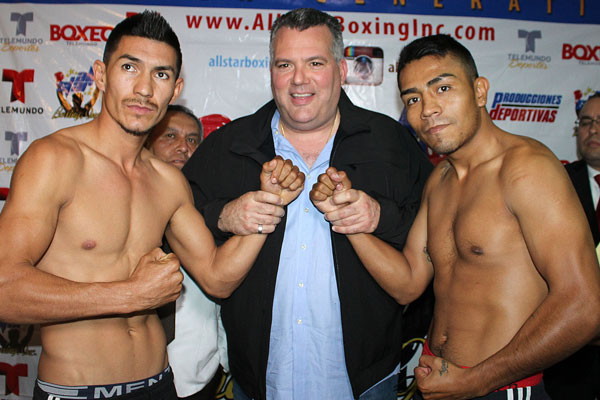 Welterweight Mauricio Pintor lost three years of boxing career sitting in a penitentiary. He resumed his career Friday night in a big way and hopes to break away from the shadow of his famous uncle in 2017.

Pintor stopped Fernando Marin in the sixth round at the Auditorio Blackberry in Mexico City. With the win, Pintor improves to 20-2-1 (13 knockouts). Marin falls to 13-1-3, 9 KOs.

It was Pintor’s first fight in over three years. Pintor was incarcerated for almost three years on an extortion charge but was released earlier this year when evidence proved his innocence.

With his famous uncle at ringside, Pintor was on the attack from the opening round. He put Marin on the defensive for most of the fight, forcing him against the ropes and doing his best work on the inside.

Pintor repeatedly landed uppercuts to the head of Marin, who entered the bout unbeaten, against relatively soft opposition. Marin would throw and land in spurts but was forced to cover up anytime Pintor countered.

The end of the fight came in round six when a right hand to the head stunned Marin. Pintor followed up with a combination before referee Cesar Castanon stepped in and stopped the bout at 1:38.

Flyweight Giovanni Andrade (5-2-1, 3 KOs) dropped Osvaldo Razon (11-5, 6 KOs) with a combination to the head, eventually forcing referee Valentino Ramirez to stop the bout at 2:58 of round two.