Clash between Deontay Wilder and Anthony Joshua planned for late 2017 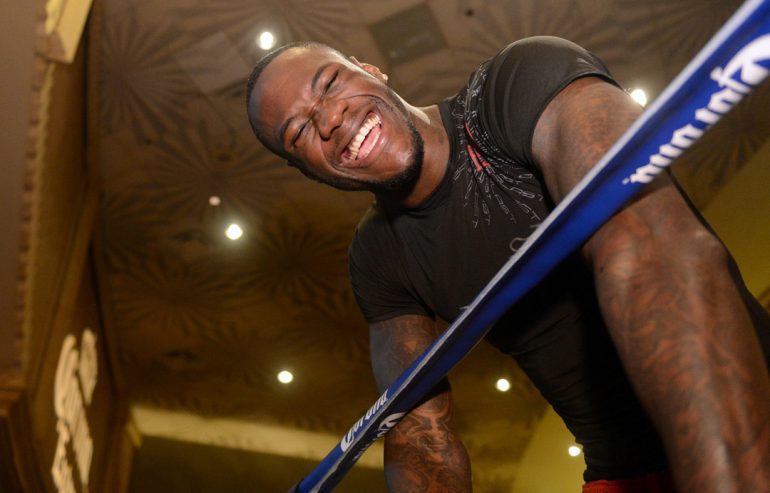 A heavyweight showdown between the two most physically imposing heavyweight champions, Deontay Wilder and Anthony Joshua,  is being targeted for late 2017 in Las Vegas, Showtime boxing boss Stephen Espinoza told RingTV.com on Thursday.

Wilder (37-0, 36 knockouts) suffered a broken right hand and torn right biceps in his eighth-round stoppage of Chris Arreola on July 16 and is likely out for the rest of the year and possibly even beyond. Joshua (17-0, 17 knockouts) has an optional defense he plans to make in either October or November and a mandatory he has to fulfill by Jan. 9, 2017.

“Between Deontay’s injury and the (Joshua) mandatory and the other things, I think we’re looking at maybe fall, winter of 2017,” Espinoza said of when Anthony and Joshua could meet. “That’s when I think realistically because with Deontay out until late spring and Joshua having the mandatory, I think to get them on track for a third or fourth quarter fight next year is certainly a possibility.”

Espinoza sees the heavyweight unification fight between the Showtime boxers taking place in Las Vegas. “I think that’s really where that fight deserves to be,” he said. “Because it’s been a while since there’s been a heavyweight title fight of that magnitude in Vegas. And I think there’s a lot of pent up demand for it.”