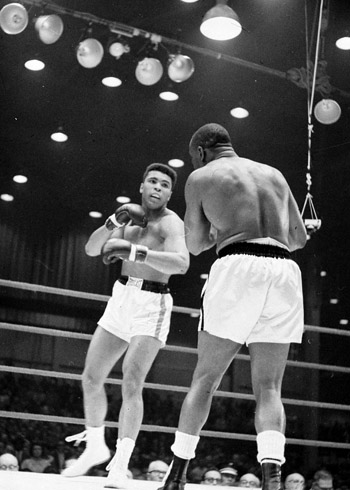 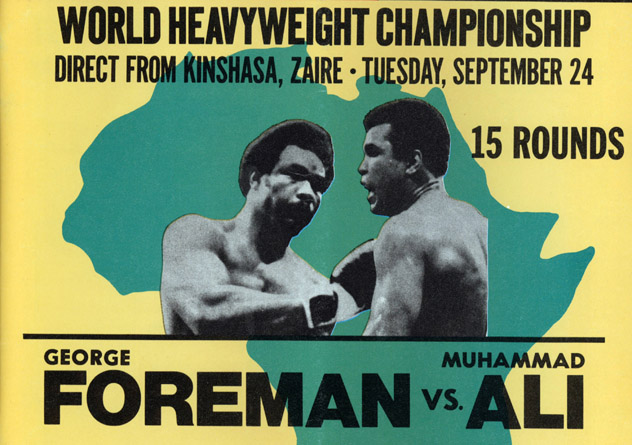 Muhammad Ali appears to be in far worse health than was previously revealed.

Multiple reports have indicated that Ali, 74, is fighting for his life in a Phoenix-area hospital. LA Times reporter Lance Pugmire spoke to a boxing official close to Ali’s family who said that Ali’s health had declined to the point where someone familiar with Ali’s condition said “it could be hours” before he dies.

The gossip and entertainment site, Radar Online is reporting that Ali is currently on life support and apparently breathing through a ventilator after he was hospitalized earlier this week for a respiratory issue. “Doctors are telling the family that it likely won’t be long until he passes away,” a source told the site. “He needs every bit of fight he’s got left to survive.”

The British tabloid, The Mirror, is also reporting that Ali is in intensive care and is surrounded by his children as doctors caring for Ali have told them they’re afraid the boxing great “is near the end.”

RingTV.com’s Norm Frauenheim says Ali was hospitalized Tuesday night after paramedics with the Scottsdale Fire Department went to Ali’s residence in Paradise Valley and took him to a Phoenix-area hospital. His condition was reported to be fair at the time but it got worse late Thursday and throughout Friday, according to Frauenheim.

Radar Online said that Ali was hospitalized when he was found “barely breathing” at his home. “Although there were discussions about transporting him to another area of the Phoenix-area hospital where he is currently staying,” Radar Online reported, “the insider claimed that doctors decided the move ‘potentially could be deadly,’ and the transfer was called off.” Another insider told the gossip site that Ali’s vitals “are terrible.” The site added that Ali is “relying on medical help to breathe properly.”

Four of Ali’s nine kids, including daughters Laila, Hana and Maryum, are at the hospital by his side, according to the Daily Mirror. The Associated Press also reported on Friday that Ali’s condition may be worse than was initially made known, citing two people who are aware of his condition. “The two spoke separately in describing Ali’s condition that they say is concerning to family members,” the AP reported. The sources told the AP that Ali’s current respiratory issue has been complicated by his Parkinson’s, which he was diagnosed with in 1984.

Ali’s physician for his Parkinson’s declined to discuss Ali’s health to the AP on Thursday night. “I can’t really say much more than what’s in the papers,” said Dr. Abraham Lieberman of the Barrow Neurological Institute in Phoenix.

The family spokesman, Bob Gunnell, answered his phone on Friday when reached by RingTV.com but declined to comment. Gunnell’s company, BoxCarPR also did not return an email.

On Thursday, Gunnell said in a statement that Ali’s hospital stay for a respiratory issue shouldn’t be long. “Ali, who suffers from Parkinson’s disease, is being treated by his team of doctors and is in fair condition,” he said. “A brief hospital stay is expected. At this time, the Muhammad Ali family respectfully requests privacy.”

It’s the second time since Dec. of 2014 that Ali has been hospitalized for a health issue. The three-time heavyweight champion was also hospitalized with a severe urinary tract infection in late 2014 that was initially diagnosed as a mild case of pneumonia. Ali was released after more than two weeks in the hospital and was able to celebrate his 73rd birthday at home on Jan. 17.

Ali has looked progressively more frail in public, most recently on April 9 when he appeared at the annual Celebrity Fight Night dinner in his hometown of Phoenix to raise money for medical care for Parkinson’s.

George Foreman, who Ali famously beat in the “Rumble in the Jungle in 1974 in Zaire, alluded to Ali’s fighting spirit in a text message on Friday. “I heard he was in the hospital,” he wrote to RingTV.com. “He always fights ’cause so many love him. It’s like he can hear (the fans cheering) ‘Ali, Ali, Ali.”

Ali won heavyweight titles in 1964, 1974, and 1978 and was a part of a number of culturally significant fights with rivals Joe Frazier, Foreman and Sonny Liston. Ali was also known for his ideals outside the ring, such as his refusal to be conscripted into the U.S. military in 1967 because of his religious beliefs and disapproval of the Vietnam War.

Ali was diagnosed with Parkinson’s in 1984 but remained publicly active, refereeing at the first installment of WrestleMania in 1985. Even after the Parkinson’s became noticeably worse, Ali continued to travel the world on various goodwill missions, visiting Afghanistan in 2002 on behalf of the United Nations. He famously lit the Olympic flame in 1996 in Atlanta at the opening ceremonies. Though his left hand was trembling, Ali held the flame aloft to the crowd, ever the showman, and after steadying himself, ignited the flame to applause. Ali remains one of the most recognizable and beloved figures ever.

Mitch Abramson is a former reporter at the New York Daily News and can be reached on Twitter at: @Mabramson13.