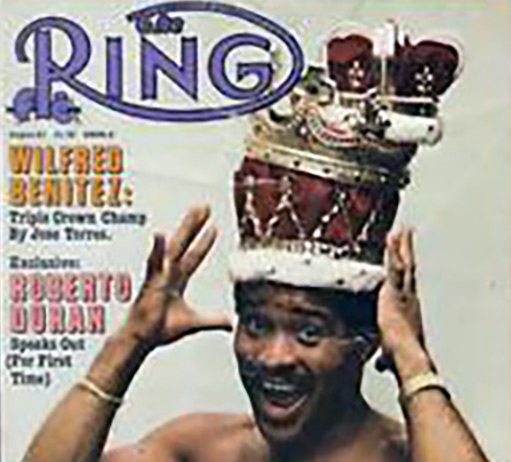 24
May
by Mitch Abramson 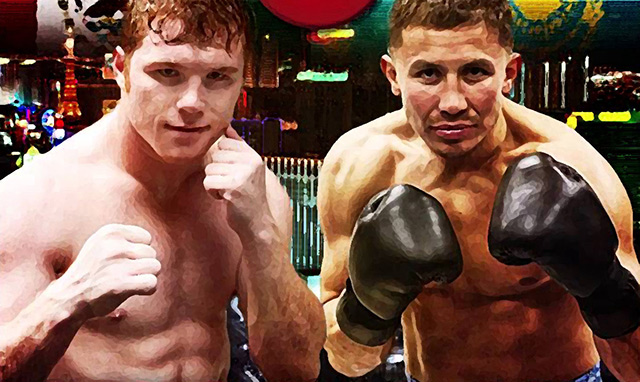 On a day when Canelo Alvarez and Gennady Golovkin were supposed to be finalizing the details of a middleweight unification fight for the fall, Alvarez and his promoter found themselves staring down the barrel of a sticky lawsuit instead.

Alvarez and Golden Boy CEO Oscar De La Hoya sat in a Miami-Dade County courthouse on Monday, literally and figuratively thousands of miles away from a deal with Golovkin. The first day of a trial involving All-Star Boxing (ASB) and promoter Felix Zabala Jr. had begun and it’s anyone’s guess when negotiations will resume between Canelo and GGG.

The trial opened on Monday in Miami-Dade County Circuit Court, General Civil Division, with jury selection and is expected to last well into June. Opening statements are to take place on Wednesday.

ASB and Zabala Jr. are seeking millions of dollars in punitive damages from Alvarez, De La Hoya and Golden Boy, claiming that Alvarez was under contract with ASB when Golden Boy poached him away. ASB contends it signed Alvarez to a four-year exclusive promotional agreement on or about Sept. of 2008. ASB attorney Alejandro Brito admits the goal of the lawsuit isn’t to wrest back promotional control of Alvarez but to collect damages.

“I don’t think there’s a feasible way to regain the promotional relationship,” Brito told RingTV.com on Wednesday morning. “I think at this point the only relief the court can fashion is one that is premised on monetary damages.”

Golden Boy rejects Zabala’s claims, describing them as nothing more than a “money-grab” to “cash-in on Canelo’s success,” a spokesman for the company told RingTV.com.

Whatever happens in court, a Hollywood script-doctor couldn’t have drawn up stranger circumstances to blur perhaps the biggest fight that can be made, between Alvarez and Golovkin.

The lawsuit was originally filed on April 27, 2010 and has gone through 44 different court hearings and 426 separate dockets, as well as an amended complaint to add a claim for punitive damages, which the court allowed. It finally went to trial just six days after Alvarez vacated his WBC middleweight title rather than negotiate with Golovkin under guidelines stipulated by the WBC.

There’s no telling whether one has anything to do with the other – whether the pending trial played a role in the decision-making that prompted Alvarez to vacate his title – but the courtroom drama has flung another wrench into the negotiations.

Golovkin’s promoter, Tom Loeffler is in Europe through Memorial Day and the Golden Boy contingent is in Miami at trial. They could reconvene after the trial and strike a deal for September. Golden Boy and Alvarez have said publicly they want to make a deal. However, the two sides don’t appear to be close to one.

“(There’s) not much to comment on,” Loeffler said in a text on Tuesday night of the fight negotiations. “It seems that (Golden Boy) wants to get the trial behind them and then see where they go from there.”

Brito said the timing of the trial was coincidental and wasn’t meant to disrupt any plans that Golden Boy may have had with Alvarez for a future fight with Golovkin. “There’s obviously no desire and design on our part to conduct the trial while this was going on,” Brito said. “If it happens to coincide now with these discussions with Golovkin, again it’s not anything of our doing, and it just happens to be a coincidence at this point.”

Under instructions from his attorney, Golden Boy VP Eric Gomez declined comment on the case. A Golden Boy spokesman did issue the following statement:

“We look forward to clearly demonstrating that this case has no merit and has been nothing more than a money grab by a company looking to cash-in on Canelo┬╣s success,” Stefan Friedman wrote in an email. “Neither Canelo nor Golden Boy will have any additional Comments.” Friedman referred all further questions to Golden Boy lead attorney Michael Olin, who could not be reached on Tuesday.

ASB has a claim against Alvarez for breach of contract and also a claim against Golden Boy for tortious interference with the contract. Brito said ASB is hoping to collect damages based on what the company would have made today if it was still promoting Alvarez, who has become one of the sport’s biggest stars. The lawsuit also takes into account “his anticipated life-span as a boxer had we continued to represent him,” Brito said. “We would have continued to enjoy the benefits of that relationship and that’s when the money gets very high. Once you get into punitive damages stage, then the money gets even higher.”

ASB alleges in the lawsuit, obtained by RingTV.com, that De La Hoya and Golden Boy “have engaged and are engaging in a pattern of wrongful behavior ÔÇª designed to intercede on behalf of themselves and to damage ASB and ASB’s business and contractual relationship with Alvarez … in violation of the law.” The suit also claims that Alvarez, in going with Golden Boy, “breached the Exclusive Promoter Agreement with ASB.”

The lawsuit claims that All-Star Boxing applied for and attained a P-1 (professional athlete’s work) visa from the U.S. Department of Homeland Security to allow Alvarez to travel in the U.S., making ASB his “sponsor or exclusive employer.”

Just days after the suit was filed, Alvarez was scheduled to face Jose Miguel Cotto on May 1, 2010, on the undercard of Floyd Mayweather Jr.’s bout with Shane Mosley. Alvarez “ignored ASB’s request to not participate in said May 1, 2010 bout ÔÇª causing it damages,” the lawsuit said of a show that involved Golden Boy. Alvarez has participated in 17 bouts under the Golden Boy banner since the lawsuit was filed. He had fought nine times for ASB before he started working with Golden Boy in 2009.

The initial complaint further claims that De La Hoya was shown a copy of the exclusive contract between Alvarez and ASB around 2010. “Despite this knowledge and without justification, GBP and De La Hoya have maliciously and tortuously interfered with Plaintiff’s business and contractual relationship with Alvarez.”

Of course, Alvarez has gone on to become the sport’s most bankable star after the retirements of both Floyd Mayweathre Jr. and Manny Pacquiao. The possibility of the popular Alvarez facing Golovkin has become the sport’s biggest storyline.

Alvarez and Golovkin had until Tuesday to strike a deal or the WBC would have ordered a purse bid, which in this case would’ve required a 55 percent-45 percent purse split in favor of the titleholder. Alvarez didn’t want to go in that direction and vacated his title.

Brito said a settlement with Golden Boy is always an option. “There’s always a potential for a resolution,” he said. “But the plan at this point is to proceed through a trial and have a jury make a determination.”