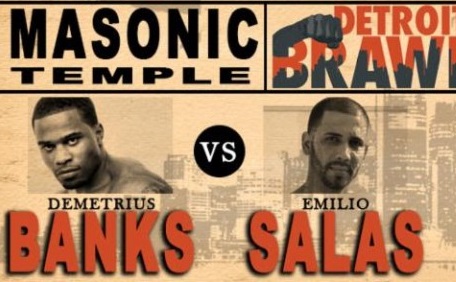 12
May
by Mitch Abramson 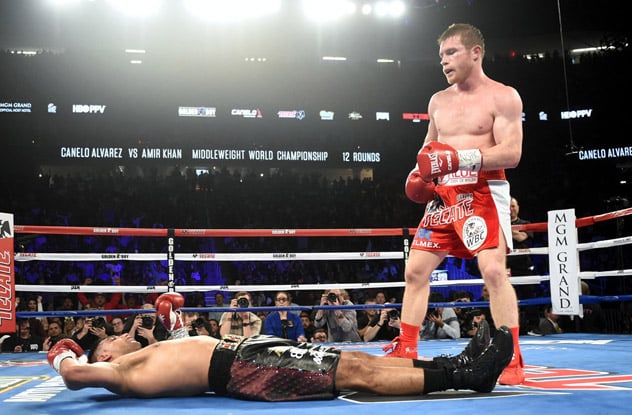 According to an industry source involved in the show, Alvarez-Khan amassed just under 600,000 buys on HBO pay-per-view, an impressive number for a contest that many considered a mismatch on paper.

If accurate, the number would represent the highest outcome for a boxing card on pay-per-view since Alvarez’s torch-passing victory against Miguel Cotto spawned 900,000 buys on HBO PPV in November. Manny Pacquiao’s farewell bout against Timothy Bradly on April 9 produced between 400,000 and 500,000 buys on HBO PPV, which organizers dubbed a disappointment given Pacquiao’s status in the sport. Gennady Golovkin’s beat-down of David Lemieux last October, also on HBO PPV, did just over 150,000 in the rookie debuts for both fighters on that platform.

Floyd Mayweather’s final fight against Andre Berto in September – another perceived mismatch — is said to have done between 400,000 and 500,000 units on Showtime. HBO and Showtime no longer announce the pay-per-view results unless it’s one for the record books, such as Mayweather-Pacquiao, leaving others involved in the promotion to leak the numbers. Reporters are therefore forced to trust the veracity of the results.

The Canelo-Khan scores, also reported by respected media outlets such as ESPN.com and the LA Times, have come under fire on social media as being exaggerated. But if correct, it’s a testament to Alvarez’s popularity, further fueling the perception, pushed by his backers, that he is the new face of boxing.

Alvarez stopped Khan in the sixth-round on Saturday at T-Mobile Arena in Las Vegas to retain his RING and WBC middleweight titles. The bout was fought at a catch-weight of 155 pounds. Alvarez is now in talks with Golovkin for a potential blockbuster middleweight unification fight for the fall. The match is targeted for HBO PPV in what will likely be another referendum on the box office appeals of both Alvarez and Golovkin in the wake of the retirements of Mayweather and Pacquiao.