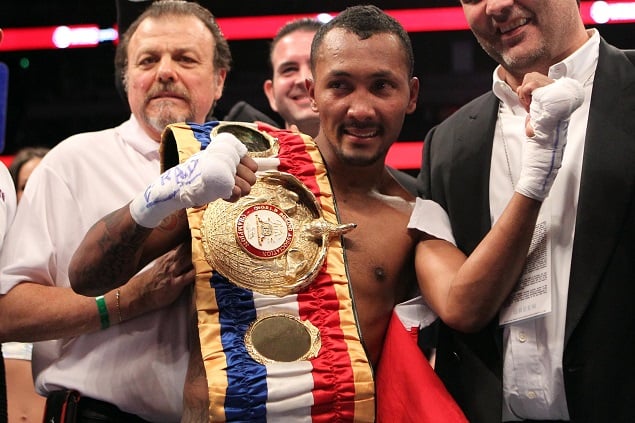 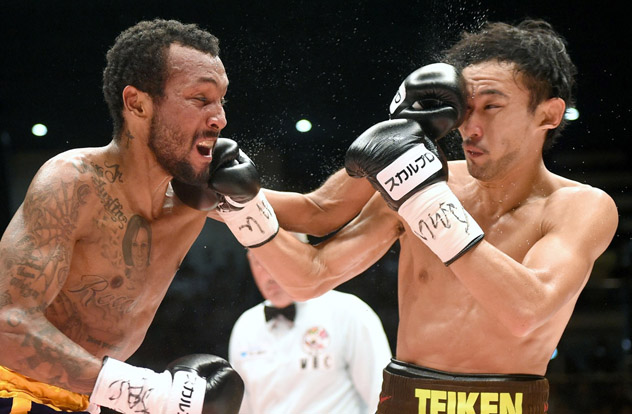 On Saturday, Anselmo Moreno and Suriyan Sor Rungvisai clash for the right to challenge for the WBC’s bantamweight title at the Arena Roberto Duran, in Panama City.

The winner will earn a second crack at the longstanding WBC 118-pound beltholder Shinsuke Yamanaka by becoming his mandatory challenger.

In October 2014, Suriyan (46-6-1, 23 knockouts) took the heavy-handed Japanese title holder the distance, recovering from three knockdowns before dropping a unanimous decision. A year later, Moreno, took on Yamanaka, in a close run affair, but the defending champion eked out a razor-thin split decision.

Both fighters had hoped to become the mandatory challenger at last year’s WBC convention in Kunming. However, the WBC instead asked both fighters to face each other for the vacant WBC “silver” title with the winner to become Yamanaka’s mandatory.

“I’m very conscious that this is a very big fight,” Moreno told RingTV.com through translator Carlos Gonzalez. “I’m very aware that [with a victory] I’m going to face Yamanaka again. The preparation for this fight is one of the best preparations I’ve ever had in my career.”

Moreno (35-4-1, 12 KOs) has had a lengthy four-month training camp, all of which took place in the humidity of Pedro “El Rockero” Alc├ízar Gymnasium, in his hometown of Panama City.

He feels ready for his Thai opponent who previously held the WBC junior bantamweight title.

“He’s a tough fighter,” said the tricky southpaw. “I really don’t pay attention to strengths and weaknesses but what I see is that he’s a boxer that comes forward and throws a lot of punches and that’s what I see from him and I’m ready for that.

“I respect all my rivals but now he’s fighting on my turf and this is the first time in a long time I am fighting in Panama and I feel very comfortable. The people in Panama will get to see the ‘Chemito’ Moreno they were used to seeing. I am very happy about it.

“I respect him a lot but Saturday is my night, I’m sorry to tell him, he’s going to lose.”

It’s been two years since he last fought at home, since then he’s lost twice. However, he feels it’s not as straight forward as that.

“I’m aware that the last two loses I have were in strange circumstances,” he said pointing out a technical decision loss to Juan Carlos Payano and the close Yamanaka fight. “Right now, I’m very aware of that, I’m willing to give my soul and life in my next fight, that won’t happen again, I will be a clear winner.”

Moreno also has his eye on a junior featherweight title in the future.

“I’m planning to win this (fight), and as soon as I win (the WBC title), I plan to leave the division and go to the next division.

“I have a lot of time in this weight division and think I have a better chance in another division – I don’t have any problem with weight – Rigondeaux, Donaire, I’m willing to fight any of those.”

Moreno’s wife and manager Rouss De Moreno has been an integral part of bringing the fight to Panama.

“After the last fight I took the time to go to the WBC convention in China. I made all the contacts to make sure this fight could happen,” she explained. “We started negotiation right after the convention and we got into a good agreement. I thought it was very important to bring the fight to Panama, I know how hard it is to go fight in Thailand. I did all I could to bring it here, I spoke to different sponsors, even the government.”