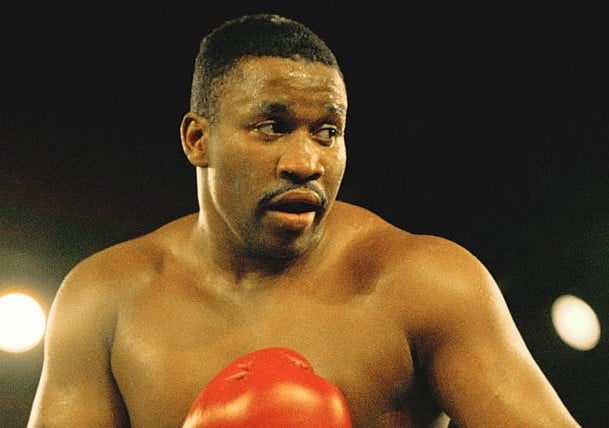 A natural athlete, Tim Witherspoon had played basketball, football, baseball, tennis and soccer before turning to the sweet science at the belated age of 21. This sharp-shooting Philadelphia product had only a handful of amateur bouts but continued to serve his apprenticeship when he entered the paid ranks in October 1979.

One year later, unbeaten in four professional fights, the baby-faced novice was sparring with his childhood idol, Muhammad Ali, ahead of the faded legend’s infamous bout with WBC heavyweight champion Larry Holmes.

“Ali had nothing left,” said Witherspoon mournfully. “I was scared to hit him because he was sick and fragile. That might make people uncomfortable but I’m a witness to what went down in that camp. In a way, Larry was cheated out of making history because his victory over Ali was tainted.” 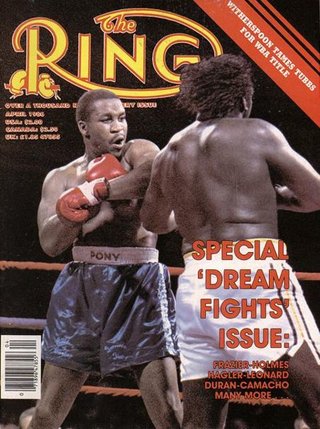 In May 1983, Witherspoon, now 15-0, faced Holmes for the title. In one of the finest heavyweight duels of the decade, Witherspoon matched “The Easton Assassin” from beginning to end and, for many at ringside, including legendary trainer Angelo Dundee, was very unlucky to come out on the wrong end of a split decision.

Witherspoon said, “I was unknown and that was just politics. I had no problem dealing with Larry’s style and if you watch the fight, at the end of the first round, I waved my hand to show him that I wasn’t impressed. He had nothing I hadn’t seen before, and I knew he couldn’t do anything with me.”

Holmes relinquished the WBC title in late 1983 and would defend the IBF strap for the remainder of his championship reign. In March of the following year, Witherspoon and fellow American contender Greg Page were matched for the vacant WBC title and “Terrible” Tim prevailed via majority decision.

“Page was too hung up on trying to be the next Ali,” said Witherspoon. “He was from Louisville, Kentucky, the same place Ali came from, but there was no comparison as fighters. God bless Greg, he had a tragic end to his life and it was horrible when he passed away.”

Inconsistency plagued the remainder of Witherspoon’s own career. He immediately lost the title to Pinklon Thomas, but picked up the WBA version from Tony Tubbs in 1986. Witherspoon also broke British hearts that year when he defeated the beloved Frank Bruno but financial disputes with his promoter, Don King, were now a serious burden inside and outside the ring.

James “Bonecrusher” Smith, an opponent he had already beaten, relieved Witherspoon of his second world title (via first-round stoppage) and he would never contend for a championship again.

“I would never quit though,” said the former titleholder, who finally retired in 2003. “I’m a Philadelphia fighter and we don’t quit when the going get rough. Even today, I’m keen to give back to the game and I have a real talent for coaching in the gym.”

He was elusive, smart and boxed really well. We went 15 rounds and I can honestly say that Tony was the best pure boxer I ever faced.

Carl “The Truth” had a very hard jab and what a reach. He had boxed Larry (Holmes) and a lot of people thought he came close to beating him. Williams’ jab was much harder to deal with than Larry’s, in my opinion.

Of all the guys I fought, Tony Tubbs was the hardest to hit. You threw punches at him at him and he wasn’t there. He was very slick.

In our first fight I hit him with absolutely everything and he stood up to it. From the first round to the final round he took my best and just looked at me. 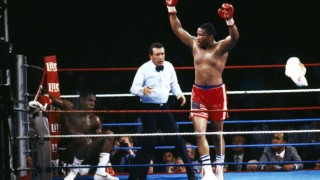 My defense was one of my best assets but Bruno hit me really hard early on. He had me stumbling and, although I stayed calm, there were people who thought I looked in serious trouble.

Tony Tubbs had the quickest hands. I had so much respect for his fight game because he could do everything in the book. If he had kept his weight down, he could have had a much better career. Tony was scared of nobody and was very under rated.

I never looked at feet but if I had to pick someone it would be Tubbs. When we were boxing he was very nimble and even when I hurt him, he vanished the moment I followed up. He stepped around you really fast and was clever at buying time.

Tony was intelligent but he lacked strength and a big punch. Fans may expect me to say Larry Holmes, but he was lacking in key areas.

Golota was really strong but his game plan was stupid. I wasn’t in shape and would have been in trouble if he’d put pressure on me but anytime I loaded up on the overhand right, he stepped backwards. I noticed that early so, when I needed breathing room, I would feint with the overhand and he backed off.

I’ll give him credit because of what he achieved, but Larry didn’t trouble me. He would just jab, throw the right hand and clinch. Larry never went to the body, he had no inside game and couldn’t slip a punch. In the ninth round, after I hurt him, it looked like he came firing back, but I was “rubbernecking” which means I slipped every bomb he threw. I was taught how to do that by a great trainer called “Slim” Jim Robinson. Larry was lucky to get the decision that night and he knew it. He did have amazing courage and a big heart but styles make fights.