Will Kovalev-Pascal II end in a familiar manner? 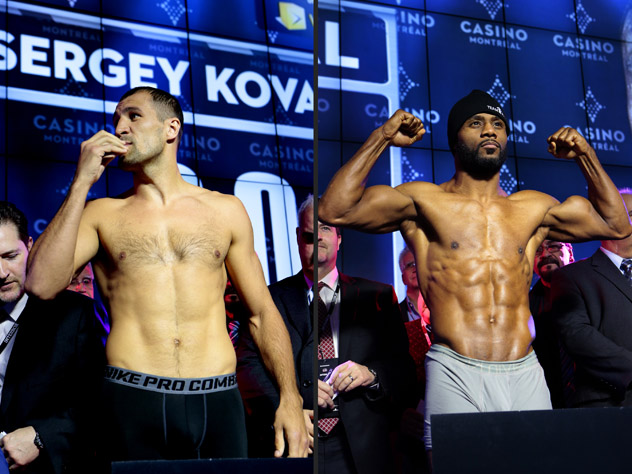 I’ve heard some grumbling from the Twittersphere, folks thinking it will be more of the same when Sergey Kovalev rematches with Jean Pascal, Jan. 30 in Montreal.

I posed that theory, that Pascal has little shot, to the manager of Kovalev, Egis Klimas.

Yes and no, he told me Tuesday, as he watched his heavyweight, Czar Glazkov, chat with press ahead of his Saturday clash for the vacant IBF title against Charles Martin in Brooklyn.

“What could be happening is a different number of rounds,” Klimas told me. By that, he means Pascal was stopped in round eight when they tangled at Belle Centre in Montreal, Quebec, Canada last March.

This time around, the Russian wants to make Pascal capitulate quicker.

“Sergey takes everything personally when you are talking about him,” he said. “He’s taking it even more serious this time.”

Pascal napalmed Kovalev and accused him of being racist toward black people at a press conference to announce this sequel. He is saving his answer for the ring in Montreal, basically.