Verdejo to face Dos Santos – and a hometown crowd – on Friday 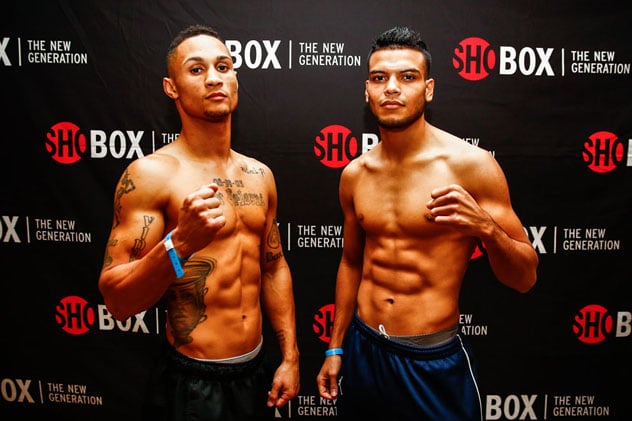 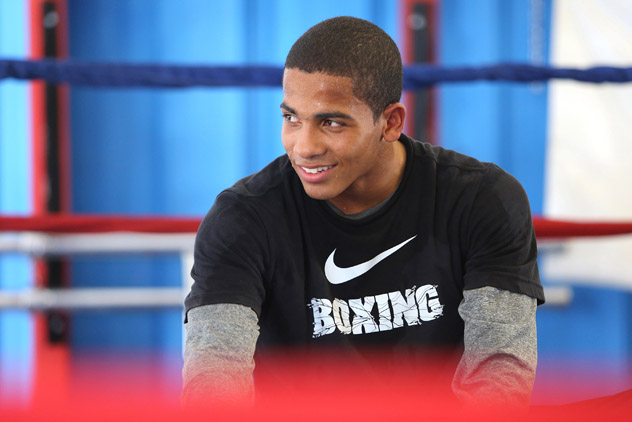 For all of the times Felix Verdejo has fought in Puerto Rico as a pro, one thing has stood out: He has yet to fight in his hometown of San Juan.

That will change on Friday night when he laces up the gloves for the first time in six months.

Verdejo will fight Josenilson Dos Santos at the Coliseo Roberto Clemente in San Juan. The 10-round bout will headline a Top Rank card and will be broadcast live on truTV’s ‘MetroPCS Friday Night Knockout,’ beginning at 10 p.m. ET/ 7 p.m. PT.

Verdejo (18-0, 13 knockouts) was scheduled to fight Dos Santos on Oct. 31 but the bout was postponed when Verdejo felt some discomfort in his left hand. Verdejo had surgery to remove bone spurs a week after his last fight on June 13, a one-sided, 10-round decision over Ivan Najera in New York City.

He will likely have a raucous crowd behind him when he steps inside the ring on Friday night. Verdejo became a household name on the island even before he represented Puerto Rico at the 2012 Olympic Games in London.

His soft-spoken demeanor and broad smile have drawn boxing fans, especially Puerto Rican fans on both the island in the United States. Even while Verdejo was on the mend, he made it a point to attend fight cards, making himself accessible to fans who wanted to take a picture.

While he is grateful for the support, there is a sense of relief on his part that he is returning to action.

“I was very happy with the support from the fans,” Verdejo told RingTV in a recent interview. “I give thanks to them because their support is important and it means a lot to me. I return to the ring on Friday to give my country a good show.”

Verdejo will face a fighter in Dos Santos who has lost two of his last three fights. Dos Santos has losses to Diego Magdaleno, Miguel Angel Gonzalez, and, most recently, former lightweight titleholder Paulus Moses.

Verdejo could enjoy the limelight and bask in the cheers of his fans but he is not taking Dos Santos lightly.

“I haven’t seen a lot of videos of him and I don’t know a lot about him,” admitted Verdejo, who is trained and managed Ricky Marquez. “All I know is that I have to be very well-prepared. His record shows that he’s a fighter with a lot of experience. You always have to be well-prepared.”

Verdejo speaks like a veteran fighter. His boxing IQ is off the charts and those close to him rave about his work ethic in the gym.

Some wonder whether the 22-year-old has yet to hit his ceiling as a fighter, which is compelling, considering the amount of talented fighters at 135 pounds, who could move up to 140 pounds.

His hand may or may not cause problems in the future and it is something Verdejo is well aware of, considering Top Rank’s excellent track record of moving young fighters toward contender status.

“I’m a boxer that sometimes doesn’t accept when I get hurt. This was a risky injury but it’s common in boxing and I took it for what it’s worth. I responded very well to the treatment and moved on.“

Verdejo’s popularity is increasing with each fight. Aside from Puerto Rico, boxing fans from different nationalities have warmed to Verdejo.

Many are drawn to Verdejo’s charisma but his improving skill-set has made believers of them. It will be interesting to see how popular Verdejo becomes in boxing but the sky seems to truly be his limit.

“The sacrifices in the gym have given me a lot of strength, which I think has allowed me to gain a lot of fans outside of Puerto Rico. They see me work in the gym and understand what it took to get to this point. That motivates me more to perform well in the ring.

“I’ll keep training and working hard to be my best.”