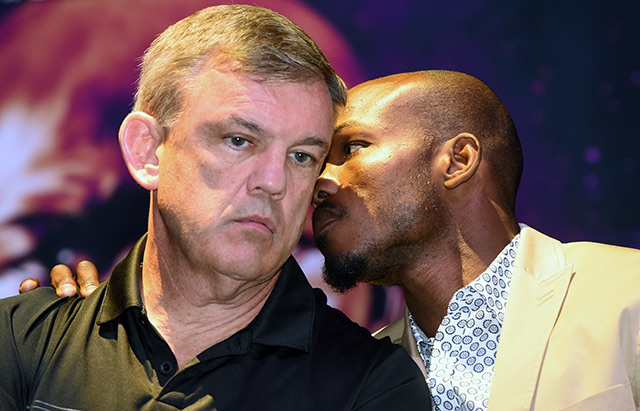 Teddy and Timmy are going to be like Angelo Dundee and Muhammad Ali.

You hear combating takes on the issue, on whether or not NYC tutor Teddy Atlas, the tough-talking, colorfully-speaking magician with metaphors can seriously and positively impact new client Tim Bradley…or if Bradley is what he is, at age 33, a smart ole dog who possesses more than enough tricks of the trade to compete at a super-high level.

The truth, as always, could be in the middle.

Bradley looked beyond sharp on Saturday night. However…it must be noted, if you want to offer a balanced take on the subject, that foe Brandon Rios admitted before the fight that he thought he didn’t have it in camp. He then hinted more heavily that was true, by being .2 pounds over the welterweight limit. And he cemented the narrative by being listless and lacking snap against Bradley…and then announcing his retirement in the ring after the loss.

Me, I think Bradley and Atlas seemed to have meshed nicely…but that any trainer would have been able to corner Tim to a win. I tend to think a boxer who’s been around the block so many times knows how to fight and that a trainer, at this stage, becomes less important than for a neophyte type…BUT…if Atlas serves as nothing else but a reminder to focus, he could pay dividends for the Cali boxer.

If during those two or three times in which Bradley tends to get brave and sloppy during a fight, he instead flashes back to Atlas barking at him to be a fireman…then this marriage will prove quite fruitful. In other words, no wholesale changes have to be made. I saw the same Bradley I saw in his Oct. 2013 win over Juan Manuel Marquez and for 95% of his win versus Jessie Vargas last June.

But that 5% flawed Bradley, I saw maybe only 3% of on Saturday…and that improvement would be enough for all to proclaim the Bradley-Atlas marriage to be a rock-solid union.

Here’s another rock-solid union: Michael Woods and Twitter. Sure beats a rock-solid onion, which is just no good for anyone’s dog from Nathan’s. Or Pink’s. Huh. Another NYC-Cali connection…