Luis Concepcion looks for quick return to the ring after Sept. win 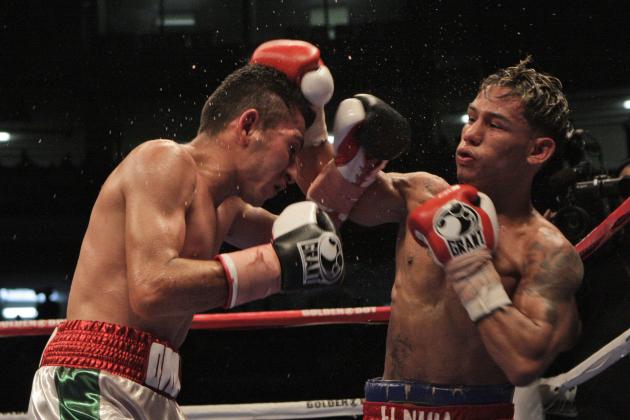 In mid-September, junior bantamweight Luis Concepcion packed his bags and headed from Panama to Mexico, where he met favored David Sanchez.
Concepcion, who just turned 30 on Oct. 6, had lost on his two previous visits to Mexico, against Hernan Marquez (in their Oct. 2011 rematch) and earlier this year when he challenged WBC champion Carlos Cuadras.

However, he was very confident that he would emerge victorious on this occasion.

“I did great work [in preparation] for this fight,” Concepcion told RingTV.com through his promoter Rogelio Espino of Promociones y Eventos del Istmo. “Not only in the gym but I got the help of the Presidential Police that let me stay with them and use their gym. It made a great difference. I was aware of my physical conditions and I had no doubt of my victory.

“Sanchez was a great opponent. I had to use all I’ve been done in the gym. I knew he is a boxer that likes to fight hard and that’s the style of boxing that suites me most. I managed to knock him down in the first round and I think that fact determined the fate of the fight.”

The brave Mexican rose from the early knockdown and battled on in front of his hometown fans in Hermosillo before retiring at the conclusion of the 10th frame.

Concepcion (33-4, 24 knockouts) previously briefly held the WBA flyweight strap in early 2011 and the Sanchez win well positioned him to face other big names in the future.

Since returning to Panama, “El Nica” has been met with plenty of support by his countrymen.

“Everybody is very happy,” he said. “People show it to me in the street everyday. I have been working very hard and people appreciate it.”

Concepcion returned to the gym yesterday after some time off and is preparing for his next fight.

Espino isn’t looking to keep his hot fighter on the sidelines for too long and estimates a return before the end of the year.

“He should be back on Dec. 19th at WBA’s “KO to Drugs” here in Panama,” said Espino. “Now we are looking for his opponent.”