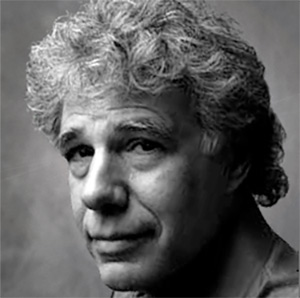 Two days before Floyd Mayweathers’ supposed last fight, and the news is all about, basically, the long-form report done by fightwriting dean Thomas Hauser, which called into question the integrity of PED-testing agency USADA, and brought up, at the very least, compelling questions about Mayweathers’ history, past and recent, in regards to his own testing regimen and status as a “clean” fighter.

I reached out to Hauser, to fire a couple follow-up questions. Here they are:

Woods: Exhaustive reporting in latest piece. Long read. For those inclined for a Cliff Notes version, what are top three notable takeaways?

Hauser: For me, the three keys points are:

(1) EIGHTEEN DAYS after Pacquiao-Mayweather, USADA granted Mayweather a retroactive therapeutic use exemption for a procedure that’s on the WADA “Prohibited Substances and Methods List”.

(2) The two testosterone-to-epitestosterone-ratio test results that we have for Mayweather (both of which are posted with the article) raise a host of unanswered questions.

(3) USADA has yet to satisfactorily explain its behavior with regard to the Erik Morales clenbuterol fiasco.

Woods: Floyd fans tell me on Twitter they dismiss such allegations as hating and say Hauser has it out for Floyd. Your response?

Hauser: The issue isn’t Thomas Hauser. The issue is USADA’s handling of PED testing in relation to Floyd Mayweather and other fighters. People are entitled to defend USADA and Floyd if they want to. But the fact that they aren’t specifically and intelligently rebutting the points made in the article speaks to the accuracy of the article. I would urge everyone on both sides of the issue to read the entire article carefully. I know it’s long, but the issues raised are important. That reading would contribute to an intelligent constructive dialogue.

Woods: Will we ever get a smoking gun on those supposed positives that Floyd had?

Hauser: That’s up the regulatory and law enforcement authorities with jurisdiction over the matter. It’s also possible that some of the information could surface through discovery in civil litigation.