Deontay Wilder’s next defense will be Sept. 26 on NBC 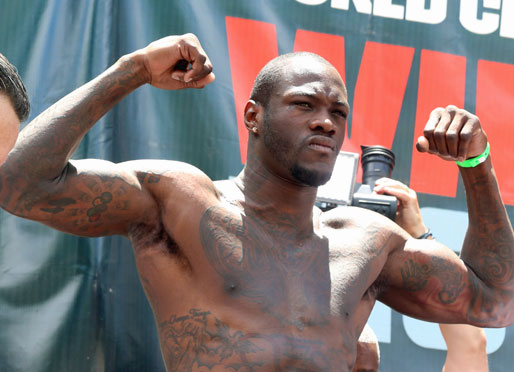 Undefeated WBC heavyweight titleholder Deontay Wilder will make his next defense Sept. 26 on NBC, according to multiple reports.

The fight will take place in prime time, according to BoxingScene.com. No opponent or site has been selected, although Birmingham, Alabama – not far from Wilder’s hometown of Tuscaloosa – is rumored to be a possibility.

Wilder (34-0, 33 knockouts) is coming off a ninth-round knockout of Eric Molina on June 13 in Birmingham. He won the WBC belt by outpointing Bermane Stiverne in January.