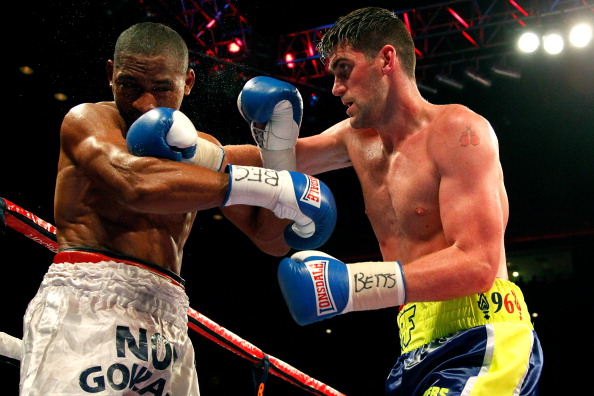 When it comes to super middleweight standouts British boxing fans have been spoiled for choice over the past 20 years and today’s current crop look destined to generate high-octane action going forward.

As the sun begins to descend on the illustrious career of Carl Froch, his hungry and hopeful successors prowl the 168 pound landscape like wolves. James DeGale; IBF world titleholder, George Groves; WBC No. 1 challenger, Callum Smith; one of the sport’s most talented new faces and world ranked.

The one name rarely mentioned, however, is Rocky Fielding from Liverpool, England. The unbeaten 27-year-old faces American veteran Brian Vera on Friday in his home city and, despite relative anonymity, he is yet another British super middleweight on the cusp of crashing the world scene.

“The lack of attention doesn’t really bother me because I know the fans will be talking about me in the end,” said Fielding who is 20-0 (11 knockouts). “Anyway, sometimes it’s better to be kept under the radar because if you’re getting all the hype and something goes wrong then the critics jump all over you.

“Look at what happened to David Price, who is a good friend of mine. He takes two losses to a good opponent (Tony Thompson) and people were constantly giving him a hard time. The more talk there is about a fighter, the more people want to see them fail.

Fielding continued, “If I do a good job against Vera then hopefully my name is back on people’s tongues and we can move onwards. There was some positive talk when I beat Noe Gonzalez but perhaps the injury I had spoiled my momentum.”

Gonzalez was considered a significant threat when he faced Fielding in July of last year. The tough Uruguayan was an established puncher and his only defeats were to THE RING Champion Adonis Stevenson and George Groves. Fielding stopped Gonzalez in the fifth round of a career best performance, but hand surgery led to 8 months of inactivity.

“I really wanted to capitalize on the Gonzalez win,” said Fielding with a touch of frustration. “It should have led to another big fight which would have catapulted me on to the world scene. The thing is, I’d had trouble with my hand for over a year and had to get it addressed before I moved to the next level. 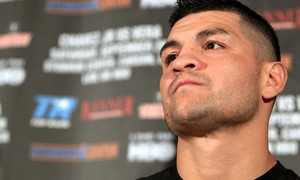 So Vera (23-9, 14 knockouts) is next in line for the new and improved Fielding and despite being 0-3 over the past 21 months he cannot be overlooked. The Texan, in the main, has only came unstuck against distinguished opposition and he came very close to upending Julio Cesar Chavez Jr. in their first bout in September 2013.

Fielding said, “I know I’m in for a tough night but Vera is up at super middleweight now and, even at middle, he hasn’t had a stoppage for a couple of years. I don’t know if he can bring an extra 8 pounds of power up with him and I’ll be looking to stop him in his tracks on fight night.

“Still, he has only lost to former world champions or quality contenders and there is no shame in that. Vera may not have broken through at the top level but he gives it everything he’s got each and every time he’s in there.”

The respect Fielding has for his opponent has not been reciprocated. The outspoken American has unloaded with more than one verbal jibe during the build-up and claims he is on another level to his undefeated and, in his opinion, untested foe.

“Most opponents I’ve fought have had something to say,” laughed Fielding. “Gonzalez said he was going to stop me and Vera is going down the same route. It’s good that he’s talking like that because it means he’s well prepared for the fight.

“He said I can’t crack an egg, which I thought was a funny one.”

Another super middleweight who can definitely crack an egg is Fielding’s neighborhood rival Callum Smith, who meets former European champion Christopher Rebrasse on Friday’s card. A domestic dust up between Fielding and Smith has been brewing for over a year and they are actually scheduled to meet for the vacant British title in September.

Both men want the fight, but one senses that they’re respective world title ambitions may supersede an immediate meeting.

“It’s a fight that I’ll be happy to take and it will happen, hopefully for something big,” said Fielding. “I have to get past Vera and Callum has to get past Rebrasse and we’ll see where we go from there. As it stands both of us want it but boxing is a business.

“Opportunity wise we need to see what comes up. James DeGale is due a title defense in October and I’m ranked No. 6 with the IBF, so that might come up as an option for me. If Callum beats Rebrasse he’s chasing the winner of George Groves and Badou Jack for the WBC title.”

And what about that fight? Can Groves secure a world title at the third time of asking?

“I hope he wins because it brings another world title back to the U.K.” Fielding said. “I don’t think George has really improved since his two fights with Carl Froch and you would think he would have added some things to his game with the experience he gained there.

“I do think he can beat Jack although I haven’t seen much of him. If he does bring the WBC title home you’ll have George and James DeGale, with Callum and me coming up behind them.”

Before Smith, DeGale, or Groves can become a reality, Fielding must first dispatch Brian Vera and he is hoping to be the first man to stop the 33-year-old since James Kirkland accomplished the feat 7 years ago.

He said, “I’m prepared for a hard 12 rounds but if I can catch him and capitalize then I’ll do so. Our goal is to win, and I want to put on a very good performance and show a bit of class. Hopefully people see the improvement in me.”