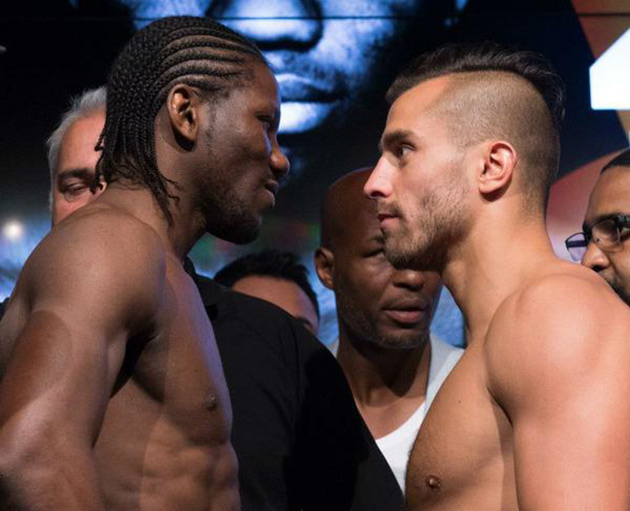 MONTREAL — RING-rated middleweight contenders David Lemieux and Hassan N’Dam made weight for their scheduled 12-round bout for the vacant IBF middleweight title on Saturday in Montreal. Lemieux (33-2, 31 knockouts) tipped the scales at 160 pounds on Friday at Bell Centre, the site of the Fox Sports 2-televised bout. N’Dam (31-1, 18 KOs) weighed in at 158.6 pounds.

Tempers flared when N’Dam’s team accused Lemieux of jumping off the electronic scale too soon (perhaps suspicious that the local star was a bit over after witnessing him strip down to test his weight 15 minutes before the weigh-in began, or perhaps — as legendary psych-war master Bernard Hopkins suggested — to play some minds games with the younger man). However, the 26-year-old native of nearby Laval, Canada got back on the scale and once again weighed in at the division limit of 160 pounds, ending the brief controversy.

THE RING’s No. 7-rated lightweight Dierry Jean weighed in at the division limit of 135 pounds for his NABF title bout against former title challenger Jerry Belmontes, who weighed 134.4. The Jean-Belmontes bout, scheduled for 10 rounds, and a 10-round heavyweight fight featuring undefeated former Cuban amateur standout Luis Ortiz, will be part of the Fox Sports 2 broadcast that is seen in the U.S. The world feed will also include a super middleweight bout between once-beaten prospect Schiller Hyppolite and Kevin Thomas Cojean.

Below is the final bout sheet with fighter weights, records and scheduled rounds for their bouts: 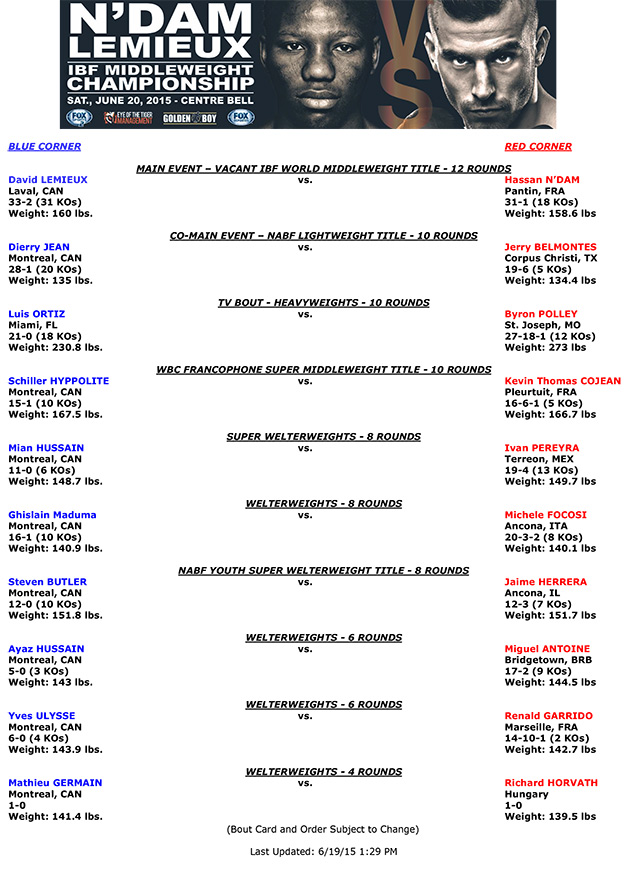