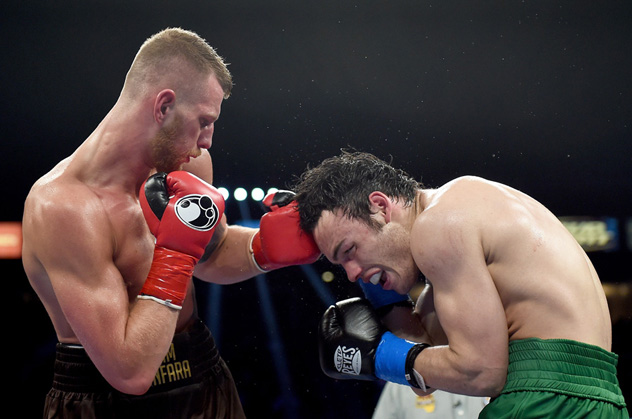 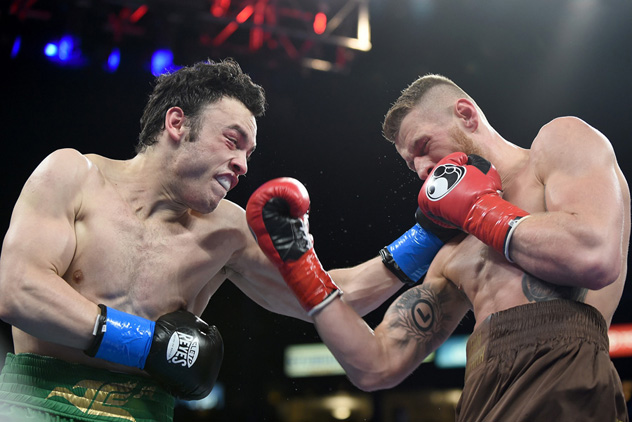 Heavyweight: RING champ Wladimir Klitschko (64-3, 53 knockouts) retained his titles with a unanimous decision over No. 5-rated Bryant Jennings (19-1, 10 KOs). Jennings was much more impressive in losing than Bermaine Stiverne was earlier this year handing his title to Wilder with a pedestrian no show. No change.

Middleweight: No. 9-rated Daniel Jacobs (29-1, 26 KOs) stopped unrated Caleb Truax in the final seconds of the fight. Jacobs to stay at No. 9.

Junior welterweight: No. 1-rated Lucas Matthysse (37-3, 34 KOs) won a majority decision over tough Ruslan Provodnikov (24-4, 17 KOs). Terence Crawford (26-0, 18 KOs) won the WBO belt with a sixth-round TKO victory over Thomas Dulorme (22-2, 14 KOs). Dulorme will exit the ratings. Crawford will enter the ratings taking over the No. 5 spot with everyone else below Crawford dropping one spot each.