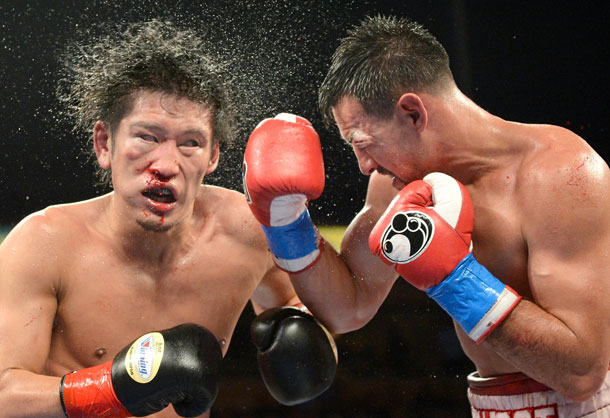 Naoki Fukuda’s photo of Yoshihiro Kamegai and Robert Guerrero was the first-place winner in the BWAA photo contest.

Photographer Naoki Fukuda, who shoots for THE RING Magazine and RingTV.com, was the big winner in the Boxing Writers Association of American photo contest for 2014.

Fukuda took first place in the Action category with a photo of Robert Guerrero punching Yoshihiro Kamegai and honorable mention in the Feature category with a shot of Daniel Jacobs holding his son after a fight. The images were posted on RingTV.com.

Fukuda has won top honors in the Action category in three of the past five years.

Al Bello of Getty Images took first place in the Feature category with a photo of Marcus Browne throwing punches in a swimming pool.

Complete results are below: 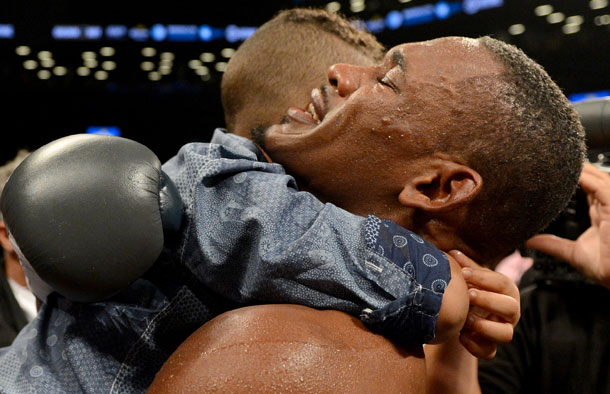 Fukuda’s photo of Daniel Jacobs and his son earned honorable mention honors in the Feature category by the BWAA.