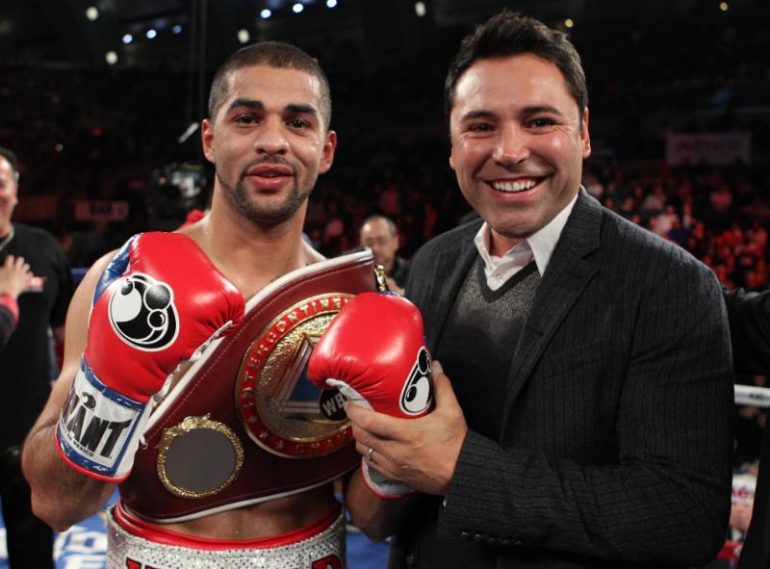 The New York City-based 2008 Olympian caught the attention of the boing world when he became the first Arab-American to make the U.S. Olympic squad. The buzz on Ali (21-0, 3 knockouts) has continued thanks to impressive performances, such as his recent knockout of veteran contender Luis Carlos Abregu.

“The undefeated Sadam ‘World Kid’ Ali is, without a doubt, a top contender to be world champion one day,” said Oscar De La Hoya, President and Founder of Golden Boy Promotions. “I’m pleased Golden Boy Promotions will continue to work with him. We want to put on the best fights for the fans and I know Sadam is also committed to that goal, which is why he is a natural fit for Golden Boy Promotions. He is a tough fighter willing to fight anyone, and that’s what you need to do in order to become a champion.”

“I am excited to continue to work with Golden Boy Promotions,” said Ali. “They have put me up against tough fighters that have challenged me and helped me grow into the fighter I am today. I am ready for a world title fight, and I know Golden Boy Promotions will help me achieve that goal.”