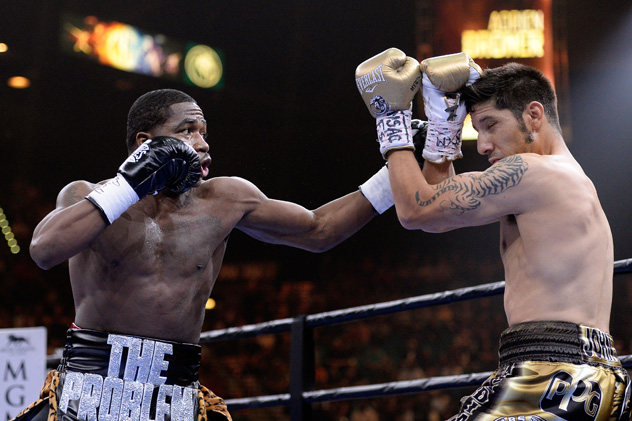 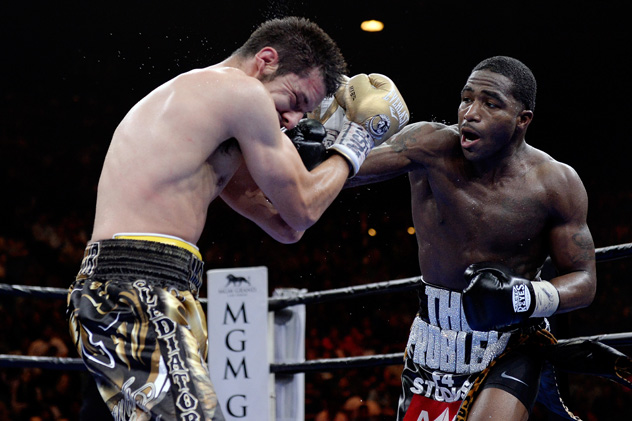 Photo by Harry How / Getty Images

LAS VEGAS — It wasn’t exactly the barnburner that fans expected but Adrien “The Problem” Broner took care of business and cruised to a relatively easy unanimous decision victory over John Molina in the co-main event of Premier Boxing Champions debut on NBC at the MGM Grand Garden.

“What are you waiting for?” a fan yelled at John Molina in the 11th round. And that fully encompassed what took place inside of the squared circle. Molina, known for his all action fights that have a fair share of drama, was far from the aggressive brawler who looks to maul his opponents. Broner, on the other hand, fed Molina a healthy diet of jab and easily outworked Molina. The fans were far from delighted as boos often filled up the arena due to the lack of action. But it’s hard to blame Broner as he did exactly what he had to do in order to win a fight against an opponent for a flair for the dramatic like Molina.

“The last time I fought for the crowd I took my first loss, I had to do what I had to do today to get the victory,” Broner said. “Even with a vicious guy like Molina I stood right in his face and didn’t go anywhere.”

Right from the outset it was Broner (30-1, 22 knockouts) establishing the jab as he kept the rangy Molina at a distance. Many anticipated Molina to deploy a similar strategy that Marcos Maidana used to score a unanimous decision victory a little over a year ago. And if anybody was to fit that mold, it would have been Molina. However, for reasons unknown, Molina opted to follow Broner around and applied very little pressure to force a fight. Instead, it was Broner initiating the action as he popped Molina with a stiff jab in the early rounds.

Molina (27-6) finally came out of his shell in Round 3 and landed a pair of right hooks that appeared to briefly rattled “The Problem.” But any momentum that Molina gained was squandered in Round 4 as Molina went right back to lazily trying to track his opponent down. There was a bit of life in the fifth round as Molina briefly swung for the fences and found success with the overhand right.

Unfortunately, that’s where the action screeched to a halt and the pattern of Broner popping the jab was back in effect. The only difference in the later rounds was Broner was less worried about what was coming back and began putting the right hand behind his jab and sneaking the uppercut in between Molina’s gloves with success. In the end, it was an easy victory for Broner as the judges scored it 120-108, 120-108 and 118-110.