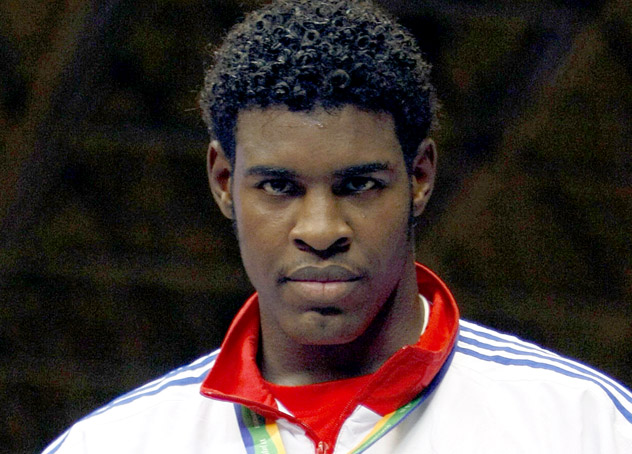 “I’m very happy and proud to be working with Si and Orlando,” said Alfonso, who stands 6-foot-5 and weighs 235 pounds. “I’m optimistic about my future and plan to take advantage of this great opportunity to achieve my goal of becoming undisputed heavyweight champion of the world. I haven’t had a good manager and trainer to get me going in the right direction until now.”

A 28-year-old prospect who is trained by Orlando Cuellar in Miami, Alfonso improved to 4-0 with his unanimous decision over previously unbeaten Zakki Scott in February of last year.

“As most people in boxing know, I’ve been involved in the sport for quite a while and have seen a number of good young fighters. It’s rare to sign a management contract with someone like Robert Alfonso. He’s in perfect heavyweight shape; his background as an amateur in Cuba is remarkable,” said Stern.

“Although he’s undefeated as a pro, he needs a first-class trainer like Orlando, who has trained champions like Glen Johnson and Orlando raves about Robert’s future. I truly believe he has all the tools and heart to get to the top of the heavyweight division very quickly. I feel great about his future.”

“Robert was a highly-decorated Cuban amateur who won gold medals at several tournaments and he was an Olympian. He is a physical specimen at 6-foot-5, 235 pounds,” said Cuellar. “I train my fighters to drop and stop their opponents and we’re working hard so he can do that in his fights. Robert trains hard and is smart. I’m very high on him.”