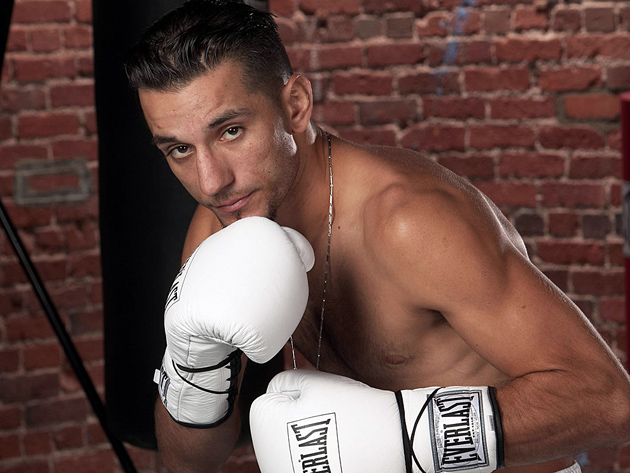 Sergio Mora kept his middleweight title dream alive with a 12-round split decision victory over Abraham Han on Friday at the Beau Rivage Resort & Casino in Biloxi, Mississippi. Mora, who was originally scheduled to challenge recently stripped IBF beltholder Jermain Taylor, got up from an iffy 10th-round knockdown to win by scores of 115-112, 114-113, 112-115.

Mora (28-3-2, 9 knockouts), a former WBC 154-pound titleholder from East L.A., used his unorthodox in-and-out style to throw the usually aggressive Han of his game during the first half of the bout. The herky jerky moving veteran landed clean right hands when moving in and nailed Han with counter hooks on his way out.

However, Han (23-2, 14 KOs), a former kickboxer from El Paso, Texas, began pressing Mora in spots in Round 5 and appeared to get in his groove by Round 7 when he began to hit the more-experienced fighter with some regularity. A shoulder punch in Round 10 knocked an off-balance Mora to the canvas, signaling a shift in the momentum of the bout. Mora, who suffered a cut on the outside corner of his right eye, seemed to labor during the final three rounds, while Han surged forward and let his hands go.

In the co-featured bout of the ESPN2-televised card, junior middleweight prospect Erickson Lubin remained unbeaten with an eight-round decision over last-minute substitute Michael Finney. Lubin (9-0, 6 KOs), a talented 19-year-old southpaw from Orlando, Florida, outworked Finney and beat the 23-year-old puncher from Alabama to the punch en route to unanimous scores of 80-72.

However, the fight wasn’t as easy as the scorecards indicate. Finney (12-2-1, 10 knockouts) was not in great shape (although he was reportedly in training for a bout on Feb. 20 when he got the call to appear on “Friday Night Fights” just one day ago) but he didn’t roll over for the ballyhooed former amateur standout. Finney fought back and had his moments in Round 5 and 6, landing a few clean right hands and some choice body shots, but he ran out of gas in the final two rounds of the bout, which allowed Lubin to coast to victory.