Bob Arum on Mayweather-Pacquiao: ‘Nobody’s listening to anybody’ 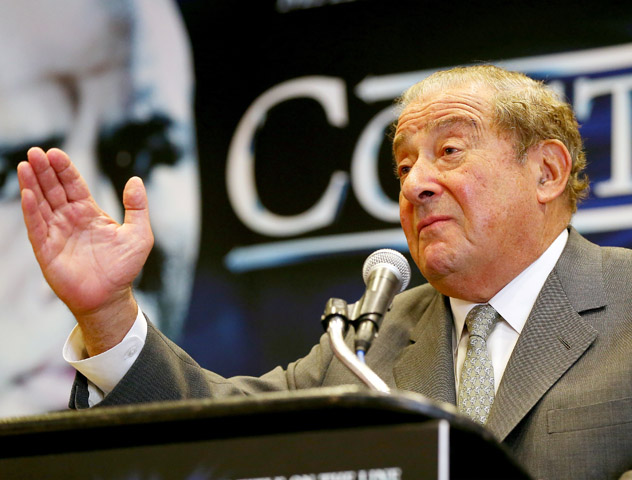 Calling the Floyd Mayweather Jr.-Manny Pacquiao negotiations “a dance of the deaf,” Top Rank Promotions CEO Bob Arum offered little in the way of optimism toward the two fighters meeting on May 2 at the MGM Grand in Las Vegas.

Arum’s assertions come nearly a week after Mayweather and Pacquiao took the talks into their own hands during an hour-long, face-to-face meeting. They also come days after a report by Yahoo! Sports blaming HBO – which has Pacquiao under contract – for stalling the discussion in an attempted joint venture with Showtime. Mayweather has fought four of six bouts thus far to satisfy a multi-million dollar agreement with Showtime and its parent company, CBS Corporation.

The scenario is similar to that which produced a fight between Lennox Lewis (HBO) and Mike Tyson (Showtime) in June 2002.

“We are not an impediment to this fight,” read a statement from HBO, in response. “We stand ready to go. The principals need to agree to terms and come to a deal.”

Arum also said, “Moonves can handle it” during an interview with ESPN.com, adding, “The question is whether the Mayweather side will listen to him. If they’re sincere about trying to make the fight, it shouldn’t be an issue. Or are they playing a game? I don’t know. I go back and forth. I thought they were always playing a game, that Floyd didn’t want the fight.”

During a Jan. 27 meeting in Pacquiao’s hotel last month, Mayweather expressed his issues toward ending the stalled negotiations. Their conversation followed an earlier courtside discussion at the Miami Heat-Milwaukee Bucks game. Among the primary concerns of Mayweather were the respective networks’ promotional documentaries, Showtime’s “All-Access” and HBO’s “24/7,” as well as which of their broadcasters would be assigned to work the fight.

During a Jan. 28 interview with RingTV.com, Pacquiao’s adviser, Michael Koncz said he had resolved Mayweather’s concerns, thus removing the final roadblock after having spoken to Arum as well as Moonves and HBO chairman and CEO Richard Plepler.

Apparently, however, that is not the case.

“It is craziness. It is just crazy,” said Arum. “If you knew what was going on, you would know how bizarre it is. But maybe you go through this bizarre-ness before you cross the goal line. I have nothing else to say except that it’s not over until it’s over.”