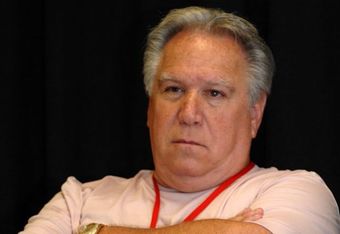 “I have officially joined Roc Nation. I’ll be running their boxing division and working closely with Dave Itskowitch,” said Shaw of the former Golden Boy Promotions COO, who now holds a similar position for Roc Nation. “The rest of the staff that’s there and all of the people who have been with GSP are still going to be with us. There will be no more GSP.”

In accordance with the move, Roc Nation has taken over the promotional agreements of Shaw’s fighters, a stable that includes heavyweight contender Bryant Jennings, who could face RING champion Wladimir Klitschko at Barclays Center in Brooklyn on April 25.

“[Klitschko-Jennings] is scheduled to be there but we’re still negotiating the deal,” said Shaw. “All of my fighters are Roc Nation fighters now. Roc Nation is the promoter. I’m just running its boxing division and working closely alongside Dave Itskowitch.”

Shaw will be present in the Theater at New York’s Madison Square Garden for Friday’s welterweight main event between Dusty Hernandez Harrison and Tommy Rainone.

Tureano Johnson will face Alex Theron in the middleweight co-feature to Hernandez Harrison, a card representing the first in Roc Nation’s three-fight deal with FOX Sports 1 for a televised series called “Throne Boxing.”

Founded by music mogul Jay Z, Roc Nation Sports burst into boxing in August, when Itskowitch posted a winning bid of more than $1.9 million for the right to promote a bout between Matt Korobov and then-WBO middleweight titleholder Peter Quillin, who eventually pulled out of the fight.

Also competing on Friday but at Chumash Casino, Santa Ynez, California will be two of Shaw’s other fighters, lightweights Darleys Perez and Jonathan Maicelo, in the main event.

Among the clients for Roc Nation are Kevin Durant of the NBA’s Oklahoma City Thunder, receiver Dez Bryant of the Dallas Cowboys and singers Shakira and Rhianna, the latter of whom is expected to be in attendance at the Garden on Friday.

“All this does is elevate every fighter that I have into a whole different status because of Roc Nation. All of the fighters are in the great company of guys like Kevin Durant and Dez Bryant, Roc Nation athletes and entertainers like Shakira and Rhianna,” said Shaw.

“These boxers will have the opportunity to be surrounded with this type of talent, not to mention the rest of Roc Nation’s talent pool, which is huge. I’m looking to help to build Roc Nation into boxing powerhouse, which I know that we can with Jay Z involved.”