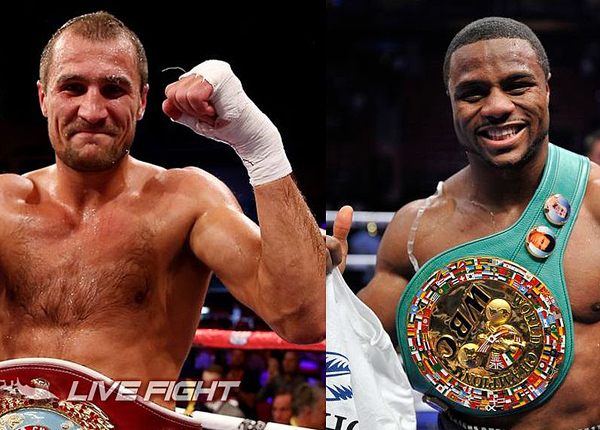 The bout, which will be televised live on HBO in the U.S., takes place on March 14. Tickets go on sale on the morning of Dec. 20, according to the press release, which also stated that a kick-off press conference for the fight will be held early next week.

Najib Mohammedi, the mandatory contender for the IBF title, agreed to step aside to allow the bigger fight to happen before his shot at Kovalev. He will fight on the Kovalev-Pascal undercard, according to the press release.

“We all intend to start off the New Year with a bang, and Kovalev vs. Pascal will certainly deliver fireworks. Our fans deserve the very best fights, and those are the fights we will concentrate to make,” Jean Bedard, president of InterBox, which represents Pascal, stated in the press release.

“The undercard is yet to be determined, but we are already at work with Main Events to match the best vs. the best. One thing is for sure, our athletes will have to be ready for some major challenges if they want to box on this card.”

Kathy Duva, CEO of Main Events, which promotes Kovalev, stated: “I received a very warm welcome in Montreal when I attended Pascal’s last fight at the Bell Centre. I’m excited to return with Sergey and to work with Jean Bedard and his staff at Interbox. I’m sure we will put together the best fight card of the year.”

The press release also mentioned that Kovalev, who scored the biggest victory of his career by shutting out Bernard Hopkins over 12 rounds in November, is back in North America following a brief vacation in his native Russia. He is expected to begin his camp for Pascal very soon.