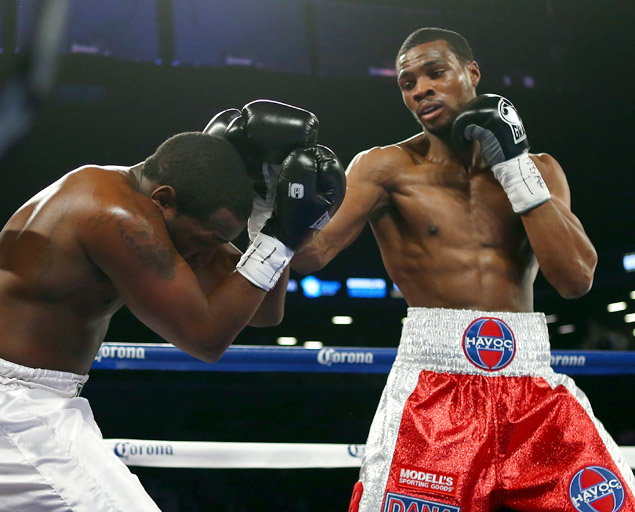 Light heavyweight Marcus Browne, who weighed in at a contracted 177 pounds, will go forward with Thursday’s fight against last-minute replacement George Blades, who came in at a whopping 196.6, according to Tom Brown of Goossen Promotions.

The show will honor the late promoter, Dan Goossen, who died in September at the age of 64 of complications from liver cancer.

“Explanation? I don’t think that there is any explanation. It’s just unprofessional and I’m disappointed,” said Brown of Blades, who replaced injured Henry Buchanan earlier this week.

“What I told Browne’s people is that there is still something to be said for a young fighter and a young Olympian like him to still go into the ring. To strap on a pair of 10 ounce gloves and to do the ringwalk. For a young guy, he can still gain something.”

Browne, 24, has scored consecutive knockouts in 91 and 28 seconds over Donta Woods in June and Paul Vasquez in August, respectively.

Blades, 40, has gone 2-4 in his past six fights and was knocked out for the fourth time during that stretch in the first round of his last fight with Chad Dawson in June. Prior to facing Dawson, Blades was stopped in the fifth round by Jean Pascal in September 2013.

The remaining weights from the 13-fight card are as follows: