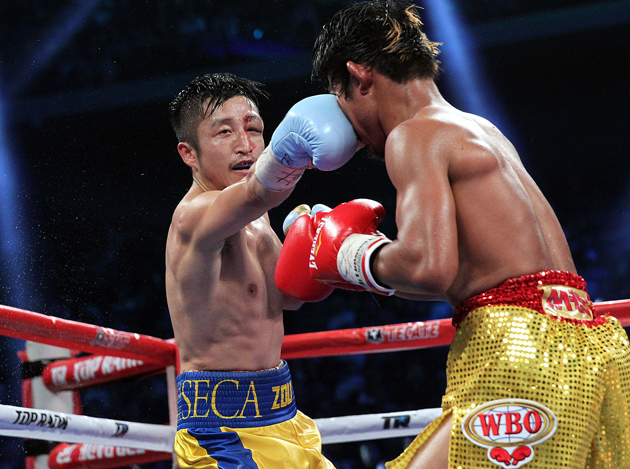 Zou, the two-time Olympic gold medalist from China, dazzled the home crowd by putting OnesongchaiGym down four times and landing blazing-quick, multiple-punch combinations at numerous junctures of the fight.

OnesongchaiGym (27-1-1, 12 knockouts) went down twice in the second round from big right hands and appeared to be on his way out. He also went down in the sixth and in the 12th. However, as a result of his toughness and the fact Zou (6-0, 1 KO) had lulls in his activity, he was standing at the final bell and did some damage himself.

The Thai fighter never stopped trying and landed enough of hard punches to earn the respect of Zou, who suffered a cut near a left eye that was closed shut by the end of the fight.

Zou outlanded OnesongchaiGym in total punches 340-119, according to CompuBox.