Wladimir Klitschko knocks out Kubrat Pulev in Round 5 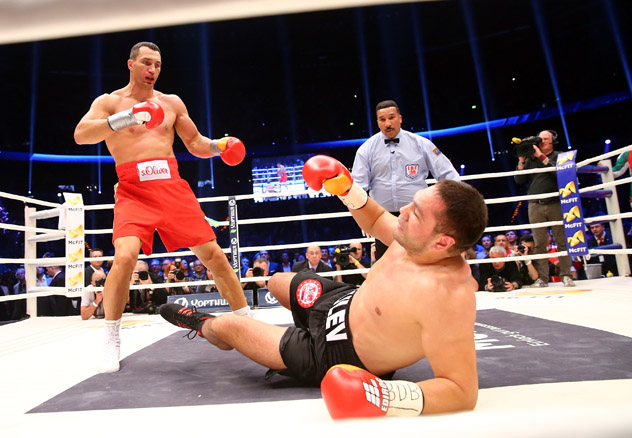 Wladimir Klitschko stopped Kubrat Pulev at 2:11 of Round 5 to retain his RING, IBF, WBA and WBO heavyweight titles Saturday in Hamburg, Germany.

Klitschko (63-3, 53 knockouts) put Pulev down four times – all as a result of left hooks – in one of his most dominating performances in recent years. Pulev (20-1, 11 KOs) was universally recognized as the No. 1 contender.

Pulev’s strategy evidently was to rough up Klitschko but the champion quickly demonstrated that the Bulgarian’s tactic was futile. Pulev went down twice in Round 1, once in Round 3 and once more in the final round.

Pulev was unable to rise after the final knockdown.