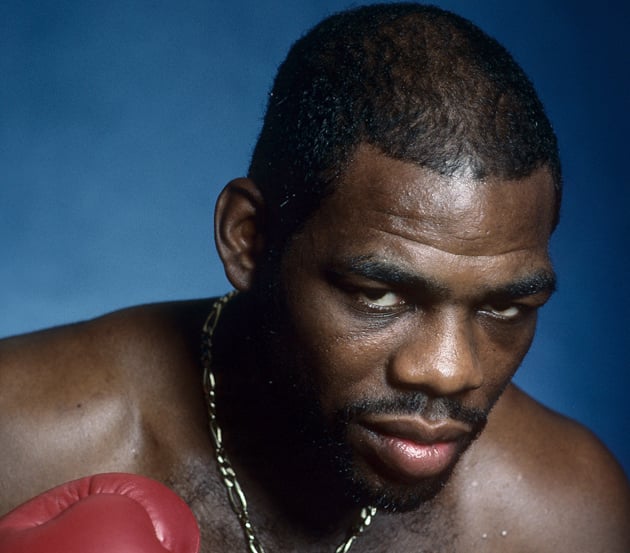 Less than two weeks after having been hospitalized from a reported minor stroke, three-division titlist Iran Barkley was purchasing a lottery ticket in his native Bronx, N.Y.

The owner of two victories over Thomas Hearns, Barkley was hospitalized on Oct. 22 at Lincoln Medical Center, in New York City, after having a seizure at his Bronx home.

Barkley disputed the diagnosis, however, during a Tuesday interview with RingTV.com.

“It wasn’t a stroke. That wasn’t true. I didn’t have a minor stroke. It was a case of high anxiety and there was a bleeding ulcer, so they’ve given me some [medication] to take and they told me to rest,” said Barkley.

“My brother passed away last Thursday and his funeral is going to be this Thursday. So there was a little stress because my brother died this week and I’m the last man standing. I was under a lot of stress but I’ve been home for about a week resting and I’m hanging in.”

A winner of middleweight, super middleweight and light heavyweight titles who is known as “The Blade,” Barkley was called “a great guy” by Hearns when the five-division titlist was informed of his former adversary’s misfortune.

“I’ve never had nothing bad to say about him, regardless of what happened in those fights,” said Hearns during an interview with RingTV.com. “I will always speak nice about him because he’s a good guy who has always treated me right.”

Barkley stopped “The Hitman” in the third round for the WBC’s middleweight title in June 1988 in THE RING’s “Upset of the Year” and won a split decision victory over Hearns for the WBA light heavyweight belt in March 1992.

“Iran Barkley gave me two awesome fights because I had him nearly out both times,” said Hearns, 56. “But then, I got careless both times. He ended up stopping me the first time and then beating me the second time.”

In January 1992, one fight before his rematch with Hearns, Barkley second-round stoppage of Darrin Van Horn earned him the IBF’s super middleweight title. Fighting as a heavyweight, Barkley also retired former beltholder Gerrie Coetzee with a 10th-round knockout in June 1997.

“I know that he’s supposed to be fighting that tough Russian guy, right? My heart is going with Bernard but this Russian guy is pretty strong,” said Barkley.

“I just hope that Bernard can stop him but, lately, Bernard has been going the distance a lot. Bernard has got to have something to stop him because, if not, then this might be the one that gets him.”

Of the four officials assigned, only Sammartino has worked a bout for either boxer, scoring 118-109 for Hopkins during his unanimous decision rout of Antonio Tarver at Boardwalk Hall in June 2006.

A southpaw, Thompson (39-5, 26 knockouts) was originally scheduled for a return bout against Solis (20-2, 13 KOs) on Oct. 18 and then, Nov. 22, the latter scuttled due to an ankle injury suffered by Solis in training.

A 2004 Cuban Olympic gold medalist, Solis lost by split decision to the 6-foot-5 Thompson in March. Thompson, 43, is attempting to rebound from a unanimous decision loss to Carlos Takam in June.

A native of Washington, D.C., Thompson has twice challenged RING champion Wladimir Klitschko and was stopped in the 11th round in July 2008 and in the sixth in July 2012.

Solis unsuccessfully challenged then-WBC beltholder Vitali Klitschko in March 2011, falling by first-round knockout, due in part to a knee injury suffered during the fight.