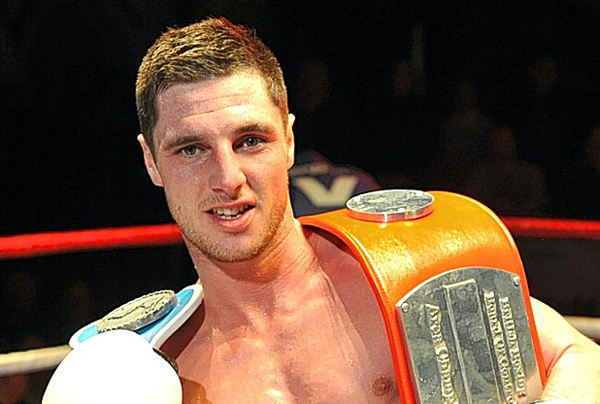 Coyle had his way in the opening session, punishing the courageous Australian with sharp work on the outside, although a sustained burst to the body momentarily troubled the home fighter when his back touched the ropes.

The end came courtesy of a monster left hook to the head, which all but knocked Katsidis out on his feet. Coyle, from Hull, England, didn’t attempt a follow up shot because the bout was essentially over. The Australian tottered for a second or two before dropping heavily to the canvas.

The referee had one look at the stricken warrior, who somehow found his feet, and wisely halted the contest.

“It was an honor to share the ring with Michael Katsidis,” said Coyle, when interviewed by Sky Sports. “I can’t believe I got a knockout but I trained like a beast for 12 weeks.”

On the undercard, British 2012 Olympic gold medalist Luke Campbell scored a fifth-round technical knockout over Daniel Brizuela to extend his unbeaten record to 9-0 (7 knockouts) and will now face Coyle in an all-Hull, England derby.

Campbell closed the show by sending Brizuela to the canvas with a rapid burst of shots from his southpaw stance in Round 5. The Argentinian, by far Campbell’s biggest test to date, rose gamely but he was battered mercilessly against the ropes and the referee stepped in.

“Brizuela was a tough kid and I knew what I was up against” said Campbell, who is 27 years old. “I’m overwhelmed with the support I got from the fans tonight. I take the crowd in the ring with me and use their force against my opponent.”

Interestingly, Brizuela pushed Coyle all the way in a sensational fight which took place in February of this year. The bout featured eight knockdowns, four apiece, and Coyle finally prevailed in the 12th and final round of a classic encounter.