Gennady Golovkin stops Marco Antonio Rubio in the second round 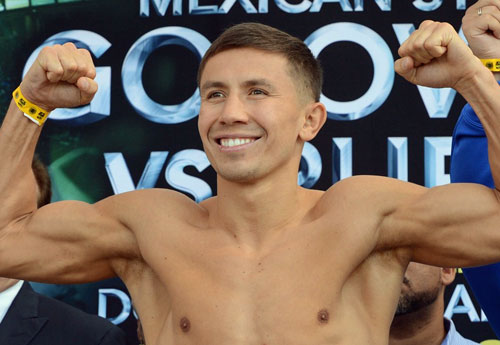 CARSON, Calif. – A jam-packed crowd of 9,323 at StubHub Center didn’t get to see much of the man they came to watch fight, Gennady Golovkin. The show lasted 4 minutes, 19 seconds to be exact.

That’s how long it took him to put away tough but overmatched Marco Antonio Rubio, the WBA middleweight titleholder’s 18th consecutive knockout. And this one was as emphatic as any.

Golovkin (31-0, 28 knockouts) fought with measured aggression in the first round, outworking but not overwhelming a typically game Rubio (59-7-1, 51 KOs).

The Kazakhstani came out with the same aggression in Round 2 but this time did damage. He hurt Rubio with a right uppercut that sent him reeling to the ropes. A few moments later he landed a left hook that knocked Rubio down and dazed him.

The Mexican was on his feet, attempting to compose himself at the count of 10, but could not go on. Referee Jack Reiss stopped it 1:19 into the round.

Rubio hadn’t been knocked out since Kelly Pavlik stopped him in 2009.