From THE RING Magazine: Mayweather Dynasty 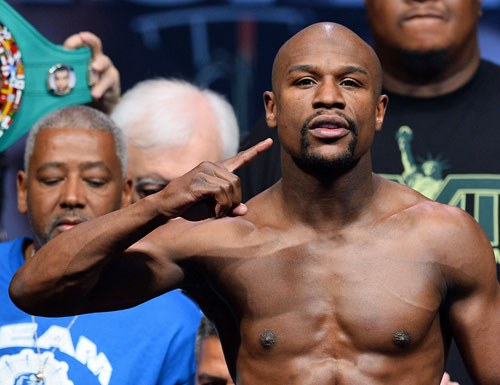 Floyd Mayweather Sr. had not thought much about boxing until he ran into a kid named Danny Brown at his school in Grand Rapids, Michigan, in the mid-1960s. “They called him Buzz Brown,” Mayweather told THE RING. “He was one of those guys who was always hanging around, asking guys for money. I don’t know why but one day he just hit me in my eye.”

Mayweather, a seventh-grader at the time, was noted around the school as a kid who was good with his fists and wouldn’t back down from anyone. So he squared off with Buzz Brown in the schoolyard. As the fight ensued, a teacher arrived on the scene and gave the boys two choices: They could be expelled for fighting or they could go to the neighborhood gym, lace on the boxing gloves and settle it there in the ring. They chose the gym.

“They were calling me Sugar Ray (Robinson) that day because I was victorious,” Mayweather said. “I was touching him up pretty good. Danny Brown was the guy who taught me to fight in gloves.”

Little did he know at the time that a boxing dynasty was born that day, the Mayweather Dynasty, which eventually saw Roger and Jeff Mayweather follow their older brother into the sport as both fighters and trainers. And, of course, they were followed by Floyd Jr., who would become the best fighter in the world.

“Boxing is stamped by the Mayweather name,” said Jeff Mayweather.

Enjoy this preview of “Mayweather Dynasty”? The full version can be read in the October 2014 issue of THE RING Magazine, which is on newsstands now.