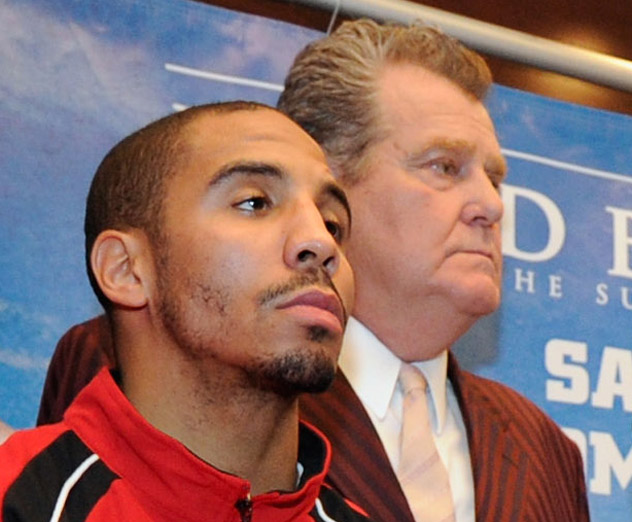 A Los Angeles Superior Court judge ruled against the fighter’s latest attempt to break free of his contract with Goossen, according to a press release from Goossen Promotions sent out on Wednesday.

Judge Holly E. Kendig ruled that Ward’s contract did not violate Section 2855 of the California Labor Code (as Ward’s legal representation asserted) while also acknowledging that Ward has twice lost arbitration hearings during which Goossen’s contract was upheld by the California State Athletic Commission’s (CSAC).

In April, the CSAC’s arbitrator, Andy Foster, Executive Director for the state agency, ruled that Ward’s contract is valid through to Nov. 8, 2016.

In June 2013, in a prior arbitration initiated by Ward, the arbitrator also ruled Goossen’s contract “valid.” Ward tried again in December 2013 to have the contract held invalid.

Earlier this month, Ward filed suit in the U.S. District Court, Northern District of California, Oakland Division, yet again, against Goossen, alleging that the promoter violated the Muhammad Ali Boxing Reform Act by failing to make timely disclosures for fights that took place between 2004 and 2012.

Goossen filed a counter suit seeking $10 million in damages for defamation against Ward, according to Yahoo!Sports.