Roc Nation Sports makes a big splash in boxing but can they swim? 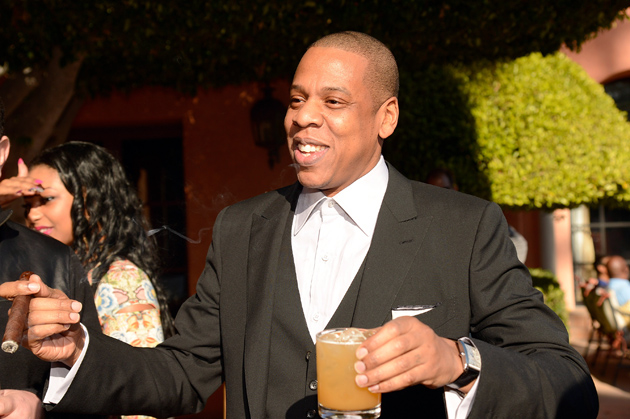 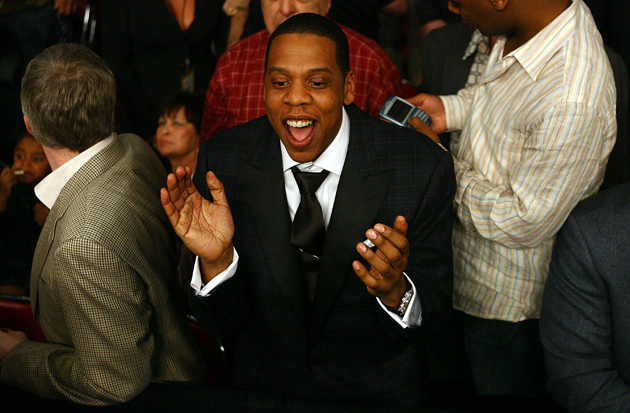 Jay-Z claps during the Floyd Mayweather-Zab Judah fight at Thomas & Mack Arena on April 8, 2006 in Las Vegas, Nev. The rap mogul, who has been a fixture at big prize fights for the past two decades, is now in the business of making them. Photo by Al Bello-Getty Images

Most people who get into the boxing promotions business might think about sticking a toe in the water to test it. Maybe they sign a boxer or two and start small. But that isn’t the case with Roc Nation Sports, one of rapper-entrepreneur Jay-Z’s companies.

In their first foray in boxing Roc Nation Sports climbed up on the high diving board and did a cannonball into the boxing promotion pool. They bid just over $1.9 million in a WBO purse bid on Monday for a title match between Peter Quillin and Matt Korobov. The winning bid was $700,000 more than Quillin’s promoters at Golden Boy Promotions and $1.4 million more than Korobov’s promoters at Top Rank. The fight is tentatively scheduled for either New York or Washington D.C. on Nov. 8.

“I get it, but I don’t get it,” said Carl Moretti, the head of boxing operations at Top Rank, Korobov’s promoter, who tendered the low bid for the fight. “If you really want to make a splash, go make Pacquiao-Mayweather.”

Yes, overbidding for a fight that will fly under the radar for most fans is a splashy move, designed to serve notice that Roc Nation Sports is a serious player. But with such a pricey and extravagant entry into boxing what do you do for an encore?

Nothing speaks louder in boxing than money. What will truly be impressive is to see Roc Nation pay premium prices to their own roster of boxers once they sign them.

Jay-Z is looking at branding boxers as celebrities, something that works with athletes in sports like basketball, football and baseball, as well as actors, musicians and rap artists. It works quite well with them because their work is performed frequently and on major stages – radio stations, movie theaters, arenas, stadiums, and television.

Boxers aren’t as visible and they don’t perform that often during the year. Floyd Mayweather, Jr., the biggest crossover star in the sport, has attracted just over 2 million viewers in only two of his 46 fights. That’s phenomenal in the boxing world, but minimal in the bigger sports universe. He fights twice a year and is invisible for most fans unless he is promoting one of his matches.

HBO Sports has been in business of making stars of boxers for the last three decades. They’ve done it for the purpose of drawing eyes to their network and their pay per view fights. And they’ve done a good job. Mike Tyson, Oscar De La Hoya and Floyd Mayweather were all products of the HBO star making system.

No boxing entity has endeavored to make active boxers bigger stars beyond their realm. That’s because the sport of boxing has always been the real drag on its stars crossover appeal.

Sports like football, basketball, baseball and even golf and tennis can attract sponsors like Visa, MasterCard, American Express, Mercedes Benz, Ford, Verizon, etc. Boxing has few sponsors outside of beer and liquor companies and major network television – CBS, NBC, ABC and Fox – has no interest in broadcasting matches. They’ve been relegated to those networks cable channels, which have fewer viewers. Major corporate sponsors and TV networks view boxing as corrupt and unpredictable, with matches falling apart at the last minute because of injuries or other unforeseen problems (failed medical tests).

If Jay-Z and Roc Nation Sports can change that, then they will indeed change the paradigm of the sport.

Michael Yormark, Roc Nation President and chief of branding and strategy, told ESPN that’s what they’re looking to do.

“This is an opportunity for us to change the game,” said Yormark, who is the brother of Brett Yormark, CEO of the Barclays Center in Brooklyn. “Jay-Z has an incredible passion for boxing. We want to take the platform we’ve created and bring that to the boxing industry. We want to bring more money and visibility to the sport and give the boxers opportunities outside the ring.

“There’s no question Roc Nation Sports can create celebrity status for boxers and align them with corporate America. Look at the success we’ve had with our athletes and (recording) artists (represented by parent company Roc Nation). That is what we do, and we do that better than anyone. We will be able to build brands for these boxers and build their careers outside of the ring. That’s the difference that Roc Nation will bring to this sport.”

There is currently only one boxer who has the raw material for Roc Nation Sports to build into the type of crossover star that they’re looking for and that is Andre Ward. The rest of the boxers they sign they will have to start from the ground up.

Ward, who hasn’t fought since last November, is going through a nasty legal battle with his promoter Dan Goossen to get out of his contract. Ward, a 2004 Olympic gold medal winner, is among the top five Pound-for-Pound boxers in the sport and the least marketed for a boxer of his stature. He’s articulate and has a second career as a boxing analyst on HBO’s boxing broadcast. He’s a family man with children and you’d never find him getting into a beef with a rapper.

Ward is managed by James Prince, a rap music producer who entered boxing as the manager for Mayweather in 2000. Jay-Z and James Prince would be one of the most interesting management pairings in boxing.

Roc Nation Sports has hired David Itskowitch to run its boxing operation. Itskowitch knows boxing, having cut his teeth in the sport as the assistant to Lou DiBella when he ran boxing programming at HBO. Itskowitch later went on to become the COO at Golden Boy Promotions. The big question for Itskowitch is where to find enough talent to fill out the roster at Roc Nation Sports or will they just continue overbidding for matches that go up for purse bids.

If they’re going to toss around money like they did at the Quillin-Korobov purse bid, then competing for talent might be a moot point. Talented boxers will be making a beeline for their door. Of course everyone will be watching to see how they pull off their first event and then watching to see if they’re committed for the long haul.

There is always room in the sport of boxing for companies and individuals who are willing to pay boxers what they’re worth and not work to rip them off. If Jay-Z and Roc Nation Sports can work toward that goal, then they will be a welcomed addition to the boxing promotion pool.