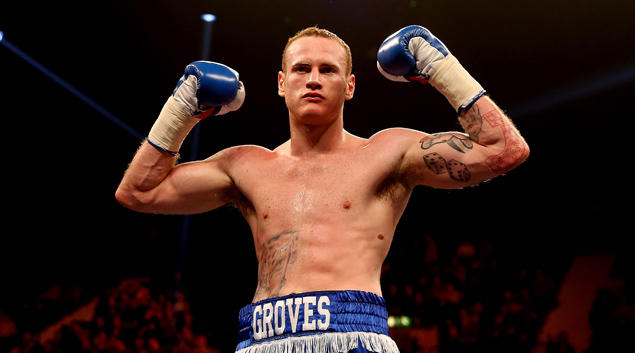 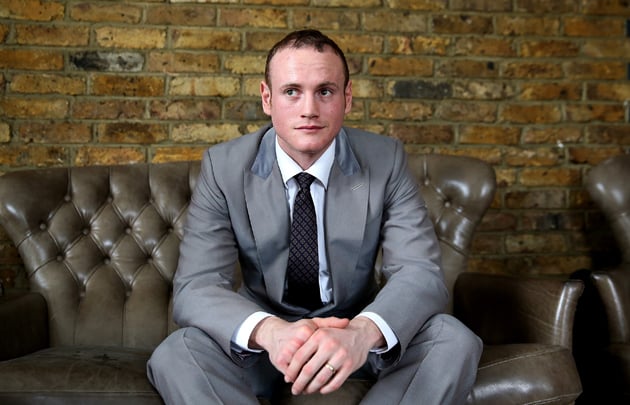 The stakes weren’t high in the all-British rematch between Carl Froch and George Groves, they were astronomical. The IBF super middleweight title, never ending bragging rights and gold encrusted legacy were on the line before a post-war record attendance of 80,000 fans at Wembley Stadium on May 31.

The loser had a long way to fall and it was Groves who succumbed to the knockout shot of the year in Round 8, a straight right hand from hell.

“It was a simple mistake on my part,” said Groves, of the technical flaw which led to his demise. “I opened the shoulder on the wrong side of the line and essentially gave him the perfect shot, which was a school boy error. It’s frustrating but it happens in boxing, one punch can end a fight.

“We’ll regroup and move forward. Many champions have come back from losses and gone on to do great things, and that’s what I intend to do.”

Despite the positive planning, Groves, prior to the two engagements with Froch, was a winner throughout his professional career and defeat has resonated. There is no fake attempt to hide from the bitter pill he was forced to swallow on that electric summer night and the London man was incredibly candid about his feelings.

“The two losses are something that I’ll never truly get over, but that’s a personal thing,” said Groves, who is now 19-2 (15 knockouts). “I don’t want to get over them and I want to grieve because that will be my main motivation to never lose again.

“Of course I want to go on to bigger and better things but for the moment it suits me to beat myself up about it. It’s all very hard to judge when things are so fresh in the memory, it’s only when time passes and you can look back on what you’ve gone on to accomplish following defeat.”

Despite the hurt, Groves was keen to bounce back and Sauerland Promotions quickly devised a route geared towards earning another title shot. Stage one will be a European championship bout against Christopher Rebrasse of France, on Sept. 20, and preparation began when Groves agreed to help WBA middleweight title holder Gennady Golovkin, ahead of what was a successful defense against Daniel Geale.

“Not surprisingly Golovkin struggles to find sparring partners,” said Groves, while laughing at the notorious reputation of the Germany based Kazakhstani. “Still, it was an easy decision for me to make. I’ve always wanted to go to Big Bear (California) and I wanted that experience. Asides from terrific sparring we got in a lot of great running and hill sprints.

“More than anything I needed that type of stimulation because I’d just taken part in a record breaking fight. You have to be on you’re A game with Gennady and you don’t get away with anything less. It came at the perfect time and I got in great work with one of the best pound-for-pound fighters in the world.

Groves continued, “In sparring, Golovkin is a model pro and he’s in there to work on his game plan. He’s not the type of guy who goes in to take people’s heads off and that’s not what I saw during my time in his camp, with me or anyone else. He’s well-schooled, works hard and that’s why he gets results.”

If all goes to plan against Rebrasse then Groves will target the winner of Sakio Bika-Anthony Dirrell, who meet for the second time in Carson, Calif., on Saturday. The Rebrasse bout is an eliminator for the WBC title, which Bika currently holds, and the British star wants his chance sooner rather than later.

“That’s the plan we have in place right now,” said Groves, who is THE RING’s No. 4-rated super middleweight. “Bika and Dirrell is a tough fight to call and Anthony has had such a stop-start career, due to injuries and health issues. It’s tempting to say Bika will have too much experience, tenacity and aggression but it was a draw the first time and the Dirrell brothers are terrific athletes.

“I sparred with Anthony and Andre earlier in my career and Anthony certainly has more of a vicious streak, so this will be another interesting fight. It seems like a lifetime ago that Bika came over here to fight Joe Calzaghe and that speaks volumes for his determination. It won’t be an easy night for either fighter.”

Groves wouldn’t make an official prediction but this reporter was keen to know what style suits him best should he meet the winner, as planned.

“I would rather fight Anthony because he’s a boxer and there’s less chance of catching a head butt or a knee in the nuts,” said Groves, with trademark dry humor. “I don’t know whether Bika does the rough stuff on purpose, or whether it’s accidental, but he’s known for giving you that type of fight.

“Anthony and I know each other and that would also make things interesting.”

Look out for Part 2 of this interview which will be available just prior to Groves vs. Rebrasse, which takes place at Wembley Arena in London. Tickets are available via www.ticketmaster.co.uk