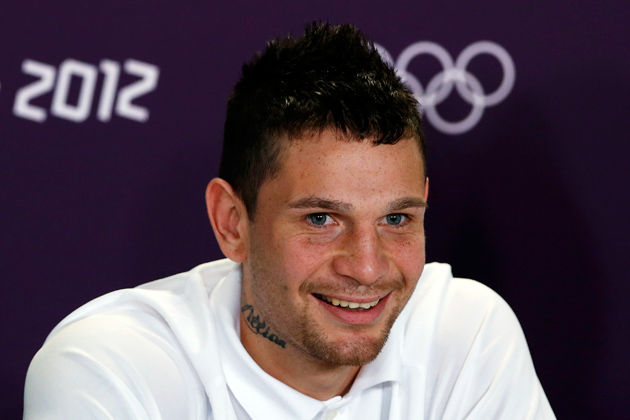 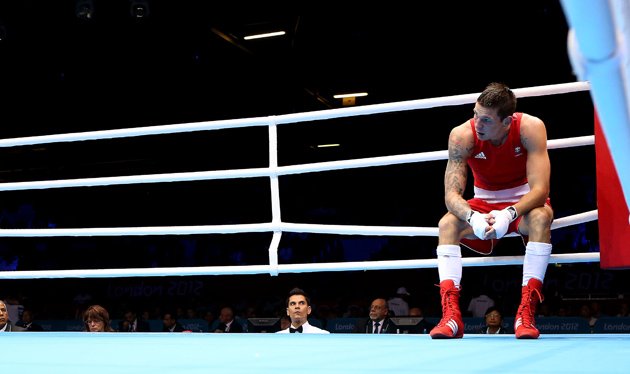 In the 15-months Damien Hooper has been a professional, the 22-year-old former amateur standout has made quite an impression in his homeland of Australia.

The young light heavyweight has taken to the pros like a duck to water, staying active winning all eight contests to date with only one opponent hearing the final bell.

“It’s a fight I’m looking forward to,” Hooper told RingTV.com “He called me out on social media and did it without much class.

“I don’t think he has my skills and I’ll use them to beat him. He is a tough fighter though and I give him credit.”

The plan seems to be to keep the former bad boy active and away from trouble. It has been suggested that Hooper may come to the UK later this year to gain experience training with Ricky Hatton who is also his international promoter.

“I’m like anyone, sometimes I make mistakes,” Hooper said of his boyhood run-ins with the law. “I’m trying to limit the amount of mistakes I make and to be a positive role model for my people.”

Anson Wainwright – What are your thoughts on Casey and what can we expect?

Damien Hooper – It’s a fight I’m looking forward to. He called me out on social media and did it without much class. I don’t think he has my skills and I’ll use them to beat him. He is a tough fighter though and I give him credit.

He beat Tim Bell when he was highly ranked by the WBA so I will treat him with respect. But I’m very confident in my own ability and I hope to put on an entertaining show. It’s being televised on Fox Sports here in Australia so hopefully people tune in.


AW – How do you assess you development so far since turning pro?

DH – I’m still learning all the time. Some things I’m doing really well and I’m still working on others.

I’ve been going to the body really well and I think that has been my main improvement from when I was an amateur.

A couple of times I’ve been stuck in the pocket too long and that result is you getting caught with a shot that you shouldn’t.

AW – Tell us about your youth growing up in Toowoomba, Australia?

DH – Yeah we were a pretty poor family growing up but we had a lot of love. My grandmother helped raise me and heaps of other kids. She’d take kids in and feed them, give them somewhere to sleep, she’s an inspiration.

AW – How did you become interested and take up boxing?

DH – I was 11 when I started. When I was a kid in Dalby, about an hour from Toowoomba, I was in trouble with the law. The local policeman there named Chris Seng had been a pro boxer. He ran the police citizens youth club. He suggested I try boxing and I did, I enjoyed it.

AW – You were a celebrated amateur, arguably one of the best Australia has ever produced. Tell us about your amateur career and what you achieved?

DH – I won the youth title at the Singapore Youth Olympics in 2010. I also won the silver medal at the youth world championships. At the World Championship in 2011, I lost to the Cuban (Julio Cesar la Cruz) in the quarter finals by one point (13-14). At the London Olympics I beat the American, Marcus Browne, who is now with Golden Boy Promotions. I lost on points to the gold medallist from Russia (Egor Mehkontsev, 11-19). I could have boxed better but it wasn’t to be.

AW – You fought at the 2012 London, Olympics, tell us about that experience?

DH – It was something I’ll never forget. I was so proud to represent my country and my people. I’d dreamed about the Olympics for so long and it was great to finally get there.

AW – In the amateurs you had a long running rivalry with Ireland’s Joe Ward, the two of you seemed to bring out the best in each other?

DH – We fought some wars! Joe is a tough fighter and I have heaps of respect for him. He will make a good pro.

AW – You were known as the bad boy of Australian boxing. Previously you were involved in some unsavoury incidents. How have you been able to keep those things in the past and focus on boxing and your future?

DH – I’m like anyone, sometimes I make mistakes. I’m trying to limit the amount of mistakes I make and to be a positive role model for my people.

AW – When you fought at the Olympics, you wore a T-shirt with the Australian Aboriginal flag on it. While it upset a few people on the Australian Olympic panel, it’s clearly something close to your heart. Can you tell us about this and how you feel?

DH – Well, I saw it as I was representing my country and my culture. I certainly didn’t mean to offend people with it but I’m proud to be what I am. I was proud of my actions at the time. I’m proud of them now.

AW – What do you enjoy doing away from boxing?

DH – I like going out to the bush and hunting, getting back to my roots. I also enjoy going to concerts and listening to music. I absolutely love hanging around my family, I love them to bits.

DH – I want to win the light heavyweight championship of the world. My promoter is Ricky Hatton and I’m honoured to be with him. Ricky was an amazing boxer and he’s a great promoter.

I want to keep learning as a pro and then fight for the title. I’ve won the WBC youth belt and I was proud of that accomplishment. I have a good team around me and I can’t wait to keep progressing. Hopefully with each fight I keep learning and adding a bit more to my game.

AW – In closing do you have a message for the light heavyweight division?

DH – My message is more for the fans. Please keep supporting boxing, coming to the shows or watching on television or reading about the sport. I love the atmosphere the fans create, especially in the UK. I really want to box over there before too long and put on a show for the British fans. I know on my day I can beat anyone. Hopefully, it won’t be long before I’m ready for the big fights.