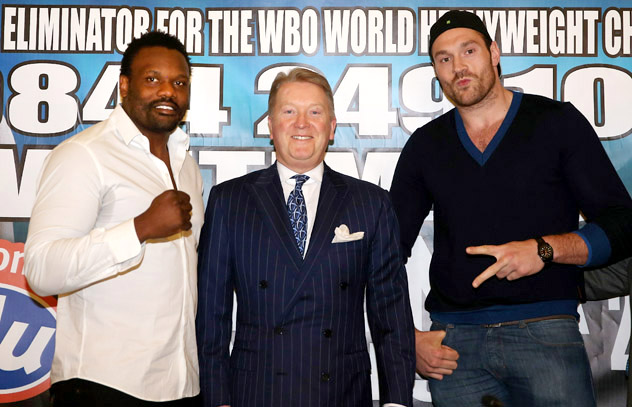 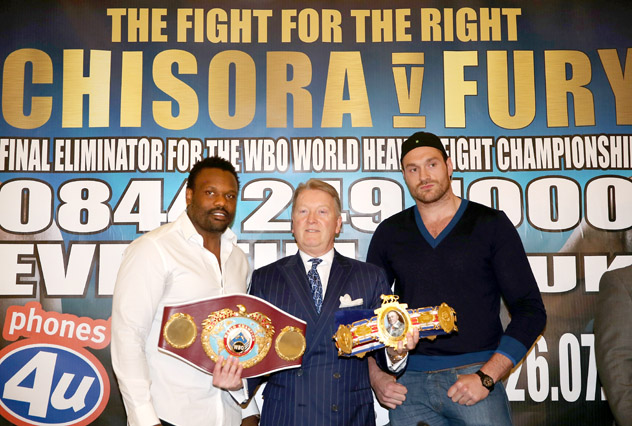 Unbeaten Fury, 25, will only have fought once in 15 months when he meets Chisora for the second time.

"I'm going to have a 12-round gym fight in mid-April," explained Fury at a news conference in London on Monday, at which he began to goad Chisora, infamous for his press conference brawl with David Haye.

Peter Fury, the fighter's trainer and uncle, has earmarked Carlos Takam, the Cameroonian with a 29-1-1 record who fought to a draw with world-ranked Mike Perez in Canada in January, as Fury's rehearsal opponent.

"I will have to give him money, but it will be twelve three-minute rounds with small gloves on, no judge, no decision, around 14, 15 April behind closed doors and whatever goes on in the gym will stay in the gym," explained Fury, with a record boasting 22 victories, and sixteen knockouts.

Click here to read the full report from Gareth A Davies, the boxing correspondent for The Daily Telegraph.