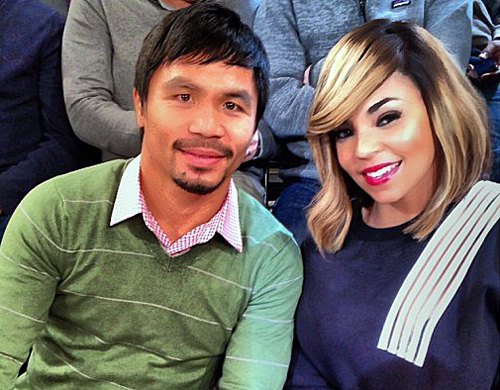 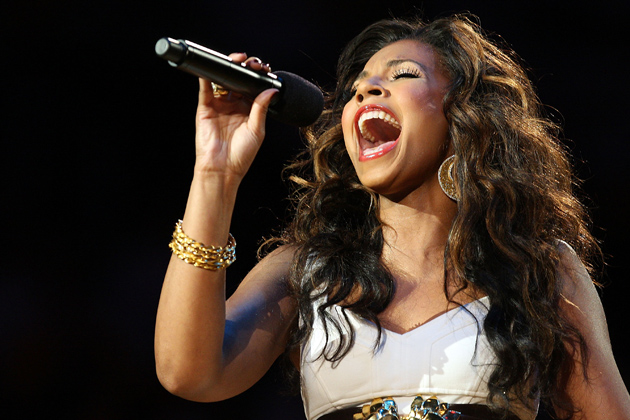 Singer Ashanti performs the national anthem before Game Five of the 2008 NBA Finals between the Los Angeles Lakers and the Boston Celtics on June 15, 2008 at Staples Center in Los Angeles, Calif.

The Grammy Award-winning songstress says she will be rooting for Pacquiao.

Pacquiao said that he asked Ashanti to do the honors last month after meeting her during the New York Knicks' 94-90 loss to The Portland Trailblazers at Madison Square Garden.

"Ashanti and I first met on Feb. 5 in New York when we found ourselves sitting next to each other courtside at a Knicks game," whom Bradley dethroned as WBO welterweight beltholder by split-decision in June 2012.

"I told her I was a big fan and asked her if she would sing the U.S. National Anthem at my fight against Timothy Bradley. She quickly checked her schedule, and then said she could and she would. The Knicks may have lost that night, but I felt like the biggest winner in the world when I walked out of Madison Square Garden."

"I'm such a huge fan of Manny Pacquiao. I have family in the boxing business — Howard Davis, Jr. and Dyah Davis. When I found out we were sitting next to each other courtside at the Knicks game, I said to my Dad, 'We should take a picture," said Ashanti.

"I told Manny I was a big fan, and was so excited when he asked me to sing the National Anthem at his upcoming fight, and I can't wait. I actually love boxing. Manny's such a champion, and I can't wait to cheer him on."

Pacquiao, 35, is coming off November's unanimous decision over former 140-pound titleholder Brandon Rios, who made his welterweight debut.

In victory, Pacquiao (54-5-2, 38 knockouts) rebounded from the loss to Bradley at The MGM, and from being dropped twice during a sixth-round stoppage loss to Juan Manuel Marquez in December 2012 also at The MGM.

The 30-year-old Bradley (31-0, 12 KOs) has won his last two fights by rising from a 12th-round knockdown to unanimously decision Ruslan Provodnikov in March of last year before earning October's split-decision over Marquez, who is 1-2-1 against Pacquiao.