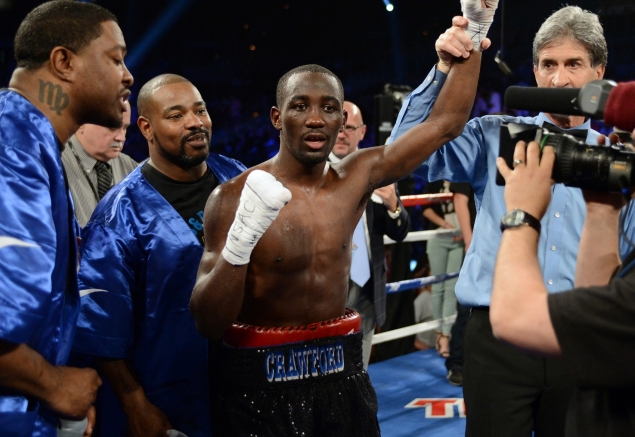 Burns, who was dropped during the fight, fought most of it with a dislocated jaw. Despite his valiant effort to last the distance against the Mexican contender, most observers believed Burns soundly lost the fight, which also took place in Glasgow.

However, there would be no scoring funny business on this night. After an evenly contested first three rounds, Crawford began taking the fight to Burns. The more aggression the the Nebraska native exhibited, the better he did. Crawford gradually increased his pressure and as he did, Burns spent more time covering up along the rops than he did throwing punches and trying to win the fight.

Crawford was in firm command of fight from rounds four through 12, although Burns did fight back a bit in the late rounds.

A full ringside report from Tom Gray will be posed shortly.